[Everyday] Psychophilosophy » Are You an Arthropod? 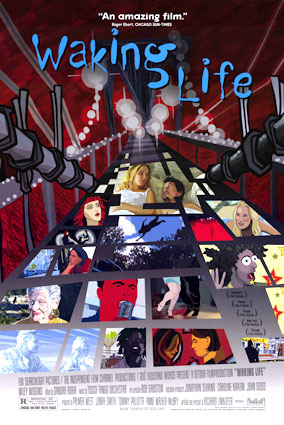 I don’t want to be an ant, you know? I mean, it’s like we go through life with our antennas bouncing off one another, continuously on ant auto-pilot with nothing really human required of us. Stop. Go. Walk here. Drive there. All action basically for survival. All communication simply to keep this ant colony buzzing along in an efficient polite manner. – Waking Life

, a film by Richard Linkater

I was waiting for the bus the other morning with another woman in a long and puffy red jacket. I had seen her at this stop before, but like most people I encounter outside of school, I had previously avoided all interaction with her.

Man, I hate the bus.

And fifteen minutes later, I had learned she was at OSU for graduate school in psychology (albeit a different program than mine), she was from a state other than Ohio (an automatic bonding fact for me), and she knew one of my roommates.

The next week, I encountered another recurrent individual at the bus stop and decided I would make a remark to her as well:

Man, I really hate the bus.

And soon after that, I learned she attended OSU for theater, really loves her dad but has a tough relationship with her mom, and has a website where she sells personally designed t-shirts.

Every day we are surrounded by people. Even if you never leave your home, you are connected to billions through the internet. And yet, for the most part, we rarely reach out to anyone we don’t already know or aren’t personally introduced to.

But think of all the stories you’re missing out on. All the lives you’ll never touch. We are inherently social creatures—our brains literally wired to encourage social participation.

In fact, a recent number of psychological papers have demonstrated that the means by which we experience physical pain are neurologically similar to the way we experience social pain (e.g. rejection by a significant other). So similar are these pathways that studies have shown the same medication used to blunt physical pain (particularly, Tylenol) has the same effect in blunting social pain.

Thus, it is in our very nature to interact and connect with others. However, so entrenched in our daily doldrums, we ghost by others without a hitching thought. But for every person you never interact with, that’s one more perspective you’ll never hear. One more truth to never exist. One more Universe you’ll never enter.

So next time you’re waiting to be seated at a restaurant, purchasing groceries at the supermarket, or flying on a plane, all you have to do is say hello. Or, as a great conversation starter for most people:

Man, I hate the bus.