Nothing takes the taste out of peanut butter quite like unrequited love. — Charles M. Schulz

For a season so known for gaiety and sun, this summer—at least in Ohio—has been one of dejection and rain.

Well. Not that bad. But it as has rained a lot.

However, nothing brightens a dreary day better than romance. But if you have already found someone and feel yourself brimming with happiness meant for two, scientific research advises you to avoid one thing at all costs: 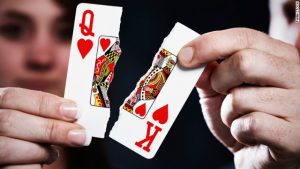 Do not ask yourself why you like this individual.

Back in 1984, researchers were interested in a topic called “reasons analysis,” whereby participants would be asked to enumerate the reasons behind their beliefs. For example, in one study, researchers asked participants to watch a slideshow of vacation destinations.

For half the group, after seeing the pictures, they were simply asked to rate how much they enjoyed them and how pleasant they found the locations. For the other group, they were first asked to think why they liked these places, then they reported how they felt about them.

As it turned out, those who first had to think about reasons for why they liked the slides subsequently liked the pictures and vacation spots less.

But I thought I started this post out about love? Just give me a minute, all right. I was doing some foreshadowing.

In the next study, these researchers recruited university students who were dating someone seriously—which, on average, was about 6.5 months.

For half of the participants (the control condition), they simply filled out measures discussing their relationship (e.g., how often they agree with one another; how often they laugh together; etc.). But for the other group, before filling out these measures, they did a reasons analysis survey. 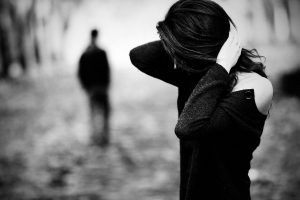 That is, each member of the couple was taken to a separate room and asked to list all the reasons they could think of as to why they were in this relationship. And about nine months later, the researchers followed up with both sets of couples to determine their current relationship status.

As it turned out, those who had engaged in the reasons analysis were significantly more likely to be broken up with their partner.

This effect most likely occurs because people are trying to produce cognitive reasons (i.e., logical thoughts) for something that is feeling-based. For example, with the photos, people simply liked them, or they didn’t—there was no list of pros and cons for their opinion.

Similarly with relationships, a lot of times we’re in them because we simply “feel good” while they’re happening. But when we’re asked to list reasons (and we can’t come up with any that “sound convincing”), we start to think: Do I really like this photo/person?

And although this research I’ve described seems like the opposite of helpful (especially if your summer fling is going splendidly), if you’re caught up on someone, this trick might just help you get past them.