Below is a list of awards, published work and conference presentations on research Jake has either personally conducted or reviewed. For a complete list of his research and psychological work, click here to view his CV.  To see his profile of research interests, visit his page at OSU here. 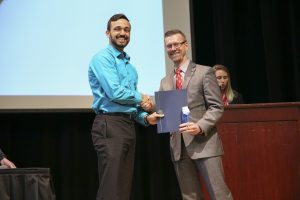 Teeny, Jacob D., Xiaoyan Deng, and H. Rao Unnava (2020), “The ‘Buzz’ Behind the Buzz Matters: Tense and Energetic Arousal as Separate Motivations for Word of Mouth,” the Journal of Consumer Psychology.

Teeny, Jacob D., Xiaoyan Deng, and Rao Unnava, “Explaining Arousal’s Influence on Word of Mouth: The Motivations Elicited by Energetic and Tense Arousal,” Talk presented at the 2018 Attitudes and Social Influence pre-conference at the Society for Personality and Social Psychology, Atlanta, GA. 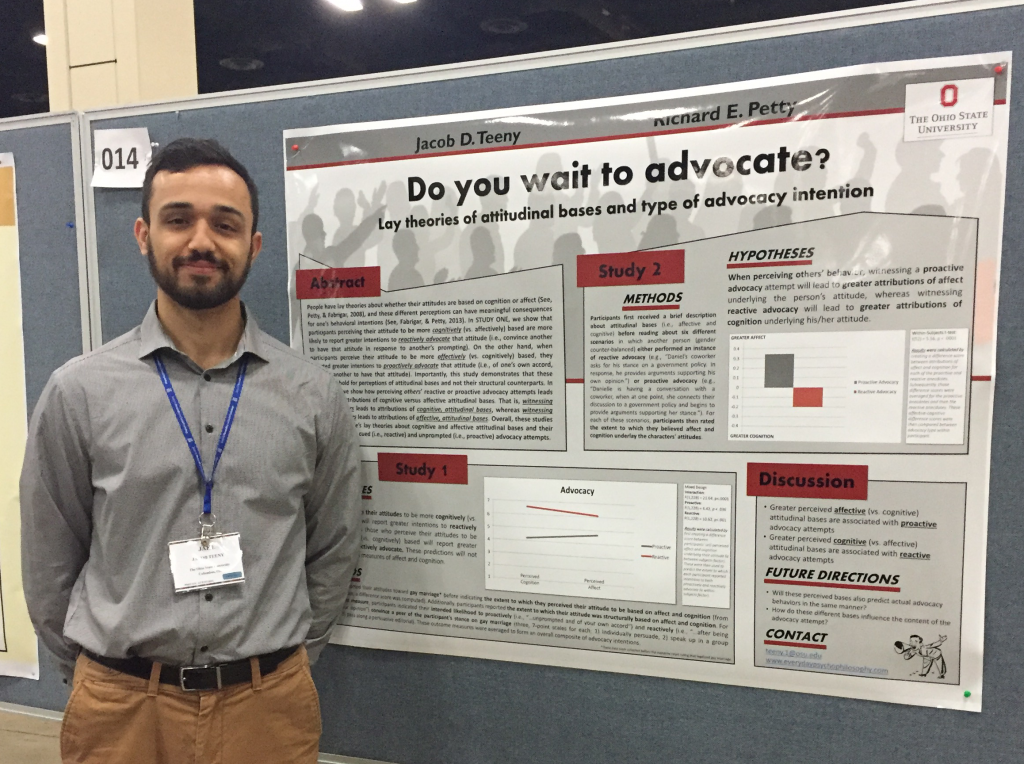 Teeny, Jacob D. “The Not So Scarlet A: Using Self-Persuasion to Reduce the Stigma Surrounding Academic Success,” Talk presented at the 2017 Intervention Colloquium at the Summer Institute for Social and Personality Psychology, Los Angeles, CA.

Teeny, Jacob D, “What Gets People to Actively Convince You of Their Beliefs?” Talk presented at the 2016 Three Minute Thesis Competition, Columbus, OH

Teeny, Jacob D. and Richard E. Petty, “Getting a Grasp on Advocacy: Some First Steps Toward Understanding When Sources Try to Convince Others,” Talk presented at the 2015 Attitudes Cavalcade, Columbus, OH

*awarded to the student most distinguished in research, teaching, and service