I have always been an avid watcher and producer of films. Below are some examples of some movies and short films I have made.  Enjoy!

2019: BlinkSlow Productions and bigTeeny Productions came together to produce the one room thriller: Out of Sight.

2016: bigTEENY Productions worked with Psi Fi Productions to create a fast-paced, snappy video called “1331” where all of the lyrics are based on real life occurrences from the house we live in. This rap was our way to passive aggressively vent about them.

2015: The following short film “Persuasion” was made by myself and a friend, Ben Oliveto, for the national Noba Psychology Film Competition–and it won second place! The video discusses the science of persuasion and how advertisers will use this knowledge to take advantage of customers.  “Persuasion” is also being used as an instructional device in one of the learning modules.

2012: At the end of summer, I made a short film (the first episode in a web series I planned/intend to make) about what it’s like to be an unemployed college graduate. With the help of my family (and their ridiculous patience), I was able to film it.  Four and a half months of laziness later (I did a lot of method acting for the role), I completed the movie and uploaded it to youtube. So without further jabbering, I present to you:

After Graduation: Episode 1 – A college graduate goes on his first job interview.

2011:  This is my one minute Nike commercial created in 2011, which I’m still waiting for them to contact me about…

2010:  The following three minute short was filmed in Central Oregon, with my Dad–who is actually a really nice guy. 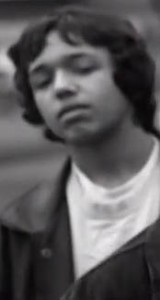 Addison’s Wall is the story of “a traumatized, nine year old boy, who, refusing to speak, creates a world of his own where fiction and reality blend in dark and dangerous ways.”  Filmed in Portland, Oregon in 2006, I had the role of “Bully #2.”  And much to my mother’s chagrin, my singular line was to the title actor calling him  “bitch.”  If this is not a unique publication, I’m not sure what would be.