Is Love at First Sight Real?

Everyday Psych » Is Love at First Sight Real?
by Jake

And when love speaks, the voice of all the gods makes heaven drowsy with the harmony. – William Shakespeare

I have a question I’m sure you’ve considered before: Do you believe in love at first sight?

When you’re young and the world is full of hummingbirds and dandelion clouds, yes, I’m sure you thought your first love was instantaneous and all consuming. But as you grow older, as you memorize the number of scars across your heart, such idealistic perceptions sour.

Love at first sight? Bah! Nothing but fancy and fairy tale. 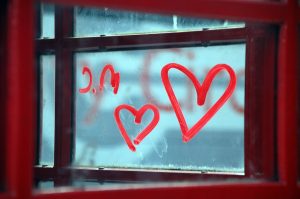 And maybe it is…But then again, Science—the greatest skeptic of all—may suggest otherwise.

As I’ve discussed previously, love is a hard concept to reconstruct in numbers and neurochemicals. But even if you could outline the biology of it in the brain, it wouldn’t affect the way we feel and act on it.

For example (using the philosophy of language espoused by Ludwig Wittgenstein), even if a psychologist—no, a philosopher—no, a psychophilosopher were able to prove to you that love was just the throbbing of brain lobes and the buzz of neurotransmitters, you wouldn’t do anything different with this new knowledge.

That is, you wouldn’t suddenly be like, “Hey, this intense passion I feel for you is just a hallucinatory byproduct of my neurological wiring, so…I’m gonna pass on dinner.”

No! We treat love for what it is: that celestial endowment of ineffable and sometimes unbearable bliss. Now, when we do turn to science for a more methodological inspection, many studies have revealed that a particular neurochemical, oxytocin, is involved with it.*

For example, researchers gave participants an intranasal spray of oxytocin or a placebo, and then measured how quickly the participants could recognize positive words related to sex and relationships. And via a reaction time test, those on oxytocin recognized the words 35% faster! That is, oxytocin facilitates the mental processing of “love.”

But this neuropeptide has been shown to do a lot of other things related to that warm and velvety emotion. For example, levels of oxytocin predict whether new couples will stay together six months later; nonverbal displays of romantic love are related to increased release of the neuropeptide; and below average levels of oxytocin were associated with decreased empathy between couples which led to sooner breakups.

And as I’ve talked about before, we get a lot of information about a person in a glance: we can form a narrative that not only compliments our initial evaluation but extends it, triggering that oxytocin network in the brain to corroborate and confirm what we have seen is true.

That we have fallen in love.

So keep your eyes peeled, dear readers. You never know who next will ignite that circuitry of paradise.

* Some emerging scientific evidence suggests that oxytocin plays a less integral role (if any) in the sensations love; however, it is up to us as consumers of science to determine which side presents the most persuasive claim.