We all use stereotypes, all the time, without knowing it. We have met the enemy of equality, and the enemy is us.  — Annie Murphy Paul

Just two days ago, the world’s most famous basketball player, Michael Jordan, donated $2 million to help address police-related shootings, half of the donation going to the Institute for Community-Police Relations with the other half to the NAACP Legal Defense Fund.

But how can money help resolve these and other group-related conflicts? Spend it on social psychological interventions.

Research published in 2012 employed six strategies to reduce people’s implicit biases. First, participants completed the race IAT (one of the methods to measure implicit bias), for it is necessary for people to first understand that they have these biases. 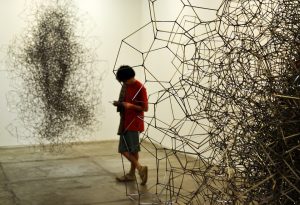 For example, if you don’t believe you’re biased, why would you ever work to correct it? The IAT helps demonstrate that even if you don’t explicitly endorse racial biases, we still have these associations in our mind (e.g., white = good; black = bad) that can influence our behaviors and reactions.

But after developing your awareness for the problem, the next step is to engage in stereotype replacement. Again, we all have knowledge of stereotypes even if we don’t explicitly believe in them, and as a result, we will often involuntarily generate stereotypical responses or assumptions.

For this step in the intervention, whenever you recognize a stereotype-consistent thought, you should 1) label it as a stereotyped response, 2) reflect on why the response occurred, and then 3) replace that biased thought with an unbiased one.

To bolster this strategy, when you have a stereotype-consistent thought, engage in counter-stereotypic imaging. This is the act of imagining counter-stereotypic others. For example, if you have the thought that a black person is aggressive, visually recall a black person who is not aggressive (e.g., Barack Obama, a personal friend, etc.). Reminding yourself of others who don’t “fit the mold” helps you realize that there should never have been a “mold” in the first place.

The fourth strategy is called individuation: evaluate a member of the targeted group based on personal, rather than group-based attributes. For example, remind yourself that this person does not represent the entire race or group associated with them. They are a single individual, and the only inferences you can construct about them should be based on their unique and singular disposition.

Research has shown that visualizing a first-person perspective of the stereotyped individual reduces biased thoughts and increases empathy for them (i.e., imagine if you were looking through their eyes, trying to imagine what they must be thinking or feeling in the moment).

Perspective taking can require a bit of mental effort; however, the results have been shown to be quite influential.

Finally, you should strive to increase opportunities for contact. Gordon Allport, one of the pioneers of social psychology, came up with the contact hypothesis, whereby personally interacting with people of the stereotyped group helps to individuate them, making them more “human” and less a caricature of our stereotypes. 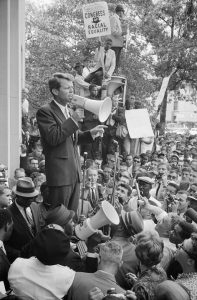 In fact, Gordon Allport’s book The Nature of Prejudice had a powerful impact on the Supreme Court’s 1954 decision in the Brown v. Board of Education case. For in his book he provides scientific evidence that prolonged contact with the stereotyped group in cooperative activities is one of the most powerful ways to reduce prejudice.

Returning to the recent study that employed these six strategies, it not only showed that participants who were taught this intervention (vs. those who were not) had reduced implicit biases immediately after the implementation, as well as reductions and continuing improvements two months later!

So although we are still far from reducing the tremendous race and group-affiliated biases that exists within our society today, you yourself can be part of the change. You can make a difference. You, by merely working to discard your own biases, can leave this world a better place than how you found it.

Psychophilosophy to Ponder: One of the most common ways we develop our biases is through the media. For example, how often are black people portrayed as scholars or lawyers in television and movies? How often are they portrayed as aggressive or “from the streets?” Try recognizing when these stereotypes are pushed in the media. Drawing your awareness to them is one of the first steps to helping reduce implicit biases.