Money can’t buy happiness, but it can buy you the boat that will take you there. – Ron Carlson

Recently, I was offered a part-time job that would allow me to make some extra money; however, in order to accept it, I had to attend a training class, spend hours reading preparatory articles, and then actually work the job itself.

So am I willing to give up my free time in order to nab some added cash?

(If you ask my credit card statement, then yes, that is probably a good idea.)

For most people, we often have to make choices like whether we should work overtime or spend those hours more 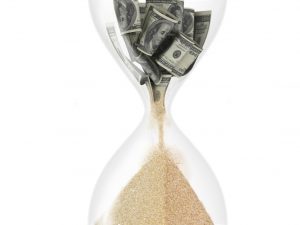 leisurely. Or in daily life, we often have to choose between doing tasks we’d rather not (e.g., painting a house) versus paying someone else to take care of it.*

Yet distinct as they may be, you need money to spend your time as you’d like, and you need time to make the money you’d like. So the question then: Which do you prioritize? Time or money?

Researchers from the University of British Columbia wanted to measure people’s individual differences in valuing time versus money, so to do so, they devised a very simple, single-item scale in which participants are asked: Which vignette most closely reflects your own values?

So which do you agree with? For according to this simple choice, researchers can estimate the likelihood you’ll make a host of other, related choices.

But it’s not just daily decisions that can be predicted from Tina and Maggie; your whole life satisfaction can also be determined. That is, those who value time more than money (shown with over 3,700 participants!) had greater subjective well-being compared to those who valued money over time. 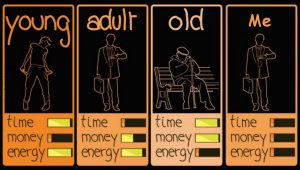 That is to say, those who prioritized time reported greater general happiness, more positive (and fewer negative) emotions, and higher satisfaction with their life.

So should we all just quit our jobs and hippie it up across the world?

The moral of the story then: Hope a rich relative puts you in his will so you can have both the money and the time.

*Or if you’re a mother with children, you can simply force your kids to paint the deck—just don’t expect it done well.