Convince Yourself by Convincing Others

Everyday Psych » Convince Yourself by Convincing Others
by Jake

If you’ve ever used social media, you have probably tried to change someone’s opinion on something–and probably done so in vain.

Facebook feuds, Twitter storms, back-and-forth email exchanges, in all of these cases, it can be quite difficult to change another person’s opinion. But did you know that you were probably still influencing someone’s opinion? (and no, it’s not the NSA)

That is, when we try to persuade others, research shows that we inadvertently persuade ourselves on the topic–a finding that was discovered mostly by accident.

Back in the 1950s, researchers were hard at work trying to figure out how best to change people’s minds, particularly, on smoking cigarettes.

At first, researchers gave participants very rational and compelling arguments to quit smoking, such as the money it costs and the wrinkles it causes. As you may have guessed, though, these arguments had little effect on the smokers’ actual opinions about smoking.

However, researchers came up with a clever twist: What if we had smokers read those same arguments aloud to others? Maybe by speaking the arguments themselves, participants would elaborate on and internalize the arguments, becoming more negative toward smoking.

But alas, this, too, was ineffective.

Finally, though, the researchers had a different idea: What if…we just ask participants to generate the arguments themselves?

In this attempt, smokers role-played convincing someone else to quit smoking. And here, when the smokers themselves generated the anti-smoking arguments, they were more opposed to smoking afterward!

Since then, decades of research have shown that when we try to convince others on a topic, we ourselves inadvertently become more persuaded on that topic, too. For example, if you try to persuade someone else to wear a seatbelt, you yourself will be more willing to wear it as a result.

Now, part of the reason self-generated arguments are more convincing than arguments from others is due to the ownness bias—or in other words, the arguments we generate are considered more valid than the arguments others generate, even if they are effectively the exact same arguments.

For example, have you ever been in a work meeting when your boss comes up with a new “great idea”—when in fact, you yourself had suggested that idea just a little bit earlier?!

With self-persuasion, then, when we come up with arguments, they seem more persuasive when they seem to have originated from our own ideas, rather than others.

But would this hold true when you’re explicitly trying to persuade yourself?

In the previous examples, a person’s intention has been to convince someone else, which then results in self-persuasion. But what if your intention from the start was to persuade yourself? 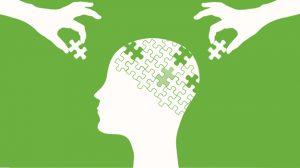 However, when trying to convince yourself of something you don’t already agree with (e.g., the smoker trying to quit cigarettes), it’s more effective to imagine that you’re generating arguments for someone else.

Psychophilosophy to Ponder: How can you use today’s advice in your own life? A good way to help instill and recall the psychological principles we cover in these posts is to try to connect them to your own experiences. For example, what is something you already agree with but want to agree with more? What is something you want to hold the opposite opinion for? In each of these cases, who should you imagine when generating arguments–yourself or someone else?