Déjà vu: Have You Read This Before?

Everyday Psych » Déjà vu: Have You Read This Before?
by Jake

The other day in class, a professor quizzed us on the research of a particular psychologist. After a few moments of averted gazes, I let my subdued grin express itself through a raised hand.

I had just written a post about this guy two weeks back.

However, as I began to speak, I was struck with a profound sense of déjà vu. You know the sensation, like a second layer of reality was superimposed onto the first. Like I had experienced this exact moment sometime before…

So what is déjà vu?

The term itself is French for what literally means “already seen” and happens to about 60-70% of people, primarily those between 15 and 25. However, because déjà vu is such a fleeting and spontaneous experience, it is difficult to simulate it in the lab for in-depth study. 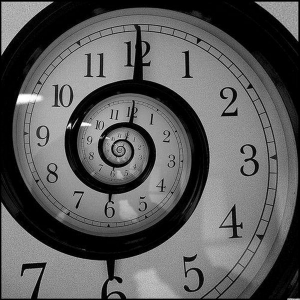 Epileptics tend to have déjà vu more frequently than others (and researchers are able to trigger the feeling with shocks to certain parts of the brain), but even these results aren’t totally helpful.

That is, we may know which brain-parts déjà vu is associated with, but we don’t know why.

Currently, there are a few scientific theories (sorry, psychics, déjà vu is not a premonition of the future) that try to explain it, and they all involve a mixing-up of memories.

However, researchers aren’t sure what constitutes this “leaking out,” so the more common theory is known as the similarity hypothesis.

The similarity hypothesis claims that déjà vu is really the experience of a situation which is very similar to a previous situation; however, you’re unable to explicitly recall what that prior situation was.

To illustrate this point, those who travel a lot, dream a lot, or watch a lot of movies, tend to have déjà vu more frequently than those who don’t. That is, because they have seen so many other places, it’s more likely that memories of similarity are to be elicited.

In trying to study this in the lab, one team of researchers had participants wear a virtual reality headset and then view novel, digitalized locations (e.g. a courtyard, inside a church, etc.).

The researchers found that experiences of déjà vu in the lab were most common when the spatial layout of the scene was similar to previous ones the participants had been shown, but not so similar that the participants could consciously recall the scene it reminded them of.

When the participants were told the exact scene, the feeling of déjà vu went away.

So the next time you feel déjà vu, stop trying to “predict the future” and ask yourself: Where have I experienced something similar to this before?

As with my initial example with answering the question in class, however, the answer was not “instances where I was praised by the professor for my superior knowledge,” because moments later, in the midst of my déjà vu, the professor told me I was mistaken.*