According to the Law of Infinite Probability, there’s a chance that an alien race from the Andromeda galaxy will come down to Earth, seek out a random individual (who turns out to be you), and says: “Solve this riddle or we will destroy your planet.” 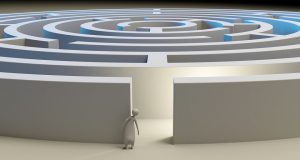 All right, so that example was not the most scientific (nor likely), but today, I want to teach you a skill set that will not only help you solve riddles to save us from alien annihilation but also problems in your own life. But first, let’s deal with the aliens.

Let’s say they presented you with the following question:

Your task is to fasten together two weighty steel rings using only a long candle, a match, and a 2-in. cube of steel. And melted wax is not strong enough to bond the rings. What do you do?

If you hadn’t stumbled across this riddle before, your best strategy would probably be to determine whether you were allowed to Google it. If not, let me give you some advice. 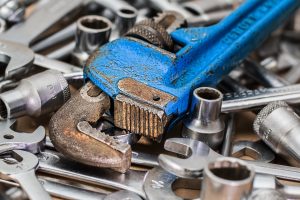 In an analysis of over 1,101 recent and historic innovative inventions, researchers discovered that almost all of the solutions to the problems involved (1) noticing an obscure or little-known feature about the problem, and then (2) building a solution upon that finding.

For example, if we return to the earlier riddle, does it help if I point out that there is a long wick at the center of the long candle? Namely, a wick that can also serve as a piece of string to tie the two rings together?

Of course, a solution like this seems obvious once revealed, but how do you get there on your own? According to the generic-parts technique, when confronted with a problem like this, you should continually ask yourself two questions:

“Can this object be broken down into smaller components or subparts?” and

“How can you describe this object/subpart without describing it’s intended use?” 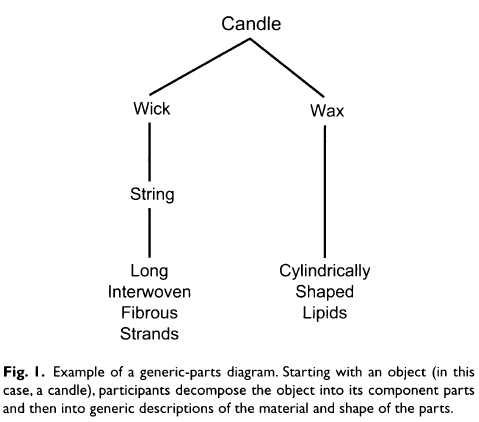 Look to the diagram to the right. See how it breaks down the components of the candle into tinier and function-free descriptions? This helps a person see how an aspect of the problem that they may have ignored or thought useless was actually the key all along!

HELPING THE WORLD—AND YOURSELF

Although it can be great to be the person at the office who’s able to solve clever riddles, the real impact of this technique is being able to apply it to the riddles in your own life.

Often times when we’re confronted with an issue in our daily lives (e.g., how to fix something when missing the right tool, how to get by when you forgot something at home, how deal with a malfunction or issue at work), we get locked in a fixed perspective. That is, we apply “mental constraints” (or what researchers called “functional fixedness“) to the problem, trying to come up with a solution from a very narrow viewpoint. 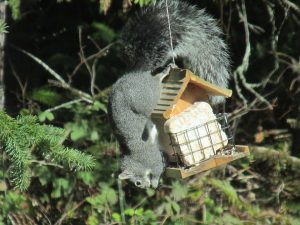 Applying the generic-parts technique, however, it forces you to expand how you’re considering the problem, bringing to mind other important knowledge that you didn’t think was relevant.

For example, I was trying to unscrew the base of a lamp to see why it may not be working, when I realized I had lent my flathead screwdriver to a friend in the apartment complex. Rather than spend the 30 seconds to go retrieve it from him, I applied the generics-part technique and realized I had a viable tool attached to the lamp itself: the lamp’s electrical prongs. Close to the same width and diameter of a screwdriver, I was able to use that metal strip (i.e., the function-free description of a prong) to unscrew the base!

So, next time you have a problem where you need to “think outside of the box,” try the generic-parts technique, identifying the main components involved before breaking them down into smaller and smaller parts until a new solution emerges.

Psychophilosophy to Ponder: Want another riddle to practice the generic-parts technique on? Who knows when an alien race will quiz you next…

A semi-truck is driving down the highway but the driver isn’t paying attention. He goes under an overpass that is just barely too short and gets stuck against the top of it. Unable to drive forward or backward, how can the truck driver free himself  in a matter of minutes without anyone else’s help? [for the solution, see below]

McCaffrey, T. (2012). Innovation relies on the obscure: A key to overcoming the classic problem of functional fixedness. Psychological science, 23(3), 215-218.

Solution: He can let a little bit of air out of his tire to lower his truck and pass through.