Growing up, I always hated when teachers said, “There’s no such thing as a stupid question .” Clearly those teachers hadn’t been around for the high school physics class when I asked: “Now, how many seconds are in a meter?”

As a current, PhD graduate student in social psychology, I’ll still dwell on that blunder before asking a question during a presentation. I don’t want to look stupid. I don’t want to waste people’s time with a pointless question.

Still, I often don’t understand what’s going on. And when that happens, what starts as me just being a little confused, usually turns into me daydreaming about being a secret agent—who is now even more confused.

Fortunately, though, the field I study has some insight into overcoming this question-asking fear.

In class the other day, we were talking about a very complicated statistical procedure that was way above my head. That is, five minutes into the lecture, I began doodling some of the best circles and butterflies (just so you know, I’m like really good at these) that I have ever drawn. 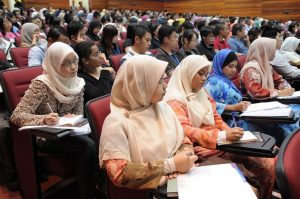 Then, when the teacher paused to take questions, I waited for someone else to express their confusion. But not a single hand went up. Clearly, I thought, I must be the dumbest person in class for not getting the material.

However, when I talked to my friends afterward, they were just as lost and confused as me! But because they, too, saw no one else raising their hands, they, too, assumed everyone else already understood the material.

Pluralistic ignorance, then, is when people mistakenly believe that they themselves feel differently than their peers (i.e., I don’t understand the stats but everyone else does), even though everyone is behaving similarly (i.e., everyone, myself included, wasn’t raising their hands).

Therefore, even though I didn’t understand the material, I assumed everyone else did—but by not raising my own hand, it looked like I understood the material myself!

The Illusion of Transparency

Part of the reason that pluralistic ignorance is so commonplace is because we’re concerned that by asking questions, people will somehow see how deep our misunderstanding may run.

For example, I was in a research meeting when a fellow colleague was discussing a topic I had never heard of before. However, the way she was talking about the topic, it seemed like everyone should already know about it.

At first afraid to ask something because I worried everyone would recognize my complete ignorance, I finally mustered the courage to squeak out a question.

Her answer helped me understand what was going on, and when I asked my friend later if he could tell I was lost, he said he would have never guessed.

The illusion of transparency is the belief (wrongly) that our internal states are more apparent to others than is actually the case. In regards to speaking up in class, then, we often fear that by asking a question, it’s going to reveal how little we may actually know. But research has shown that no matter how much someone internally thinks he or she seems nervous/stupid/confused, other people never perceive those emotions to the same extent.

I mean, other than my dad when asking who ate his last slice of pizza, who can read minds? Just because you yourself recognize how confused you are on a topic, it doesn’t mean that others can see those thoughts to know so, too.

Recently, I was invited to present some of my research at a prestigious competition on campus (this set-up was not meant to brag, only to set the “stakes”…okay, and brag a little). Up on stage, at the critical revelation of my findings, my voice made a noise similar to a walrus trying to cough up a squeaky toy.

Needless to say, I was mortified. 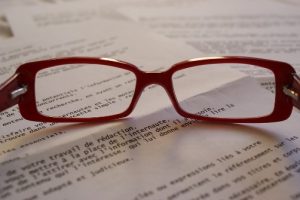 However, after the presentation, I lamented about this incident to a friend who had been watching, and she had no memory of it even happening. I was stunned. But then I recalled: Oh yeah, the spotlight effect.

The spotlight effect is the finding that people overestimate the extent to which their actions and appearance are noted and remembered by others.

When it comes to speaking up in class then, even if you ask a question you think is foolish, more likely than not, no one will ever remember you even asking it. As an example, think to yourself: How well can I recall other people’s “bad” questions? My guess is not very well.

As I’ve discussed, there are multiple reasons for why we may think a question is dumb which in turn prevents us from asking it, but as long as you’re confused about a point, it’s nearly guaranteed that someone else is just as confused as you—yet at the same time won’t think you’re that confused at all.

And even if you believe you asked a question like “how many seconds are in a meter?” I’m certain you’ll be the only person still thinking about it later.

Well, unless you bring it up in a blog post for strangers to read.

Gilovich, T., Medvec, V. H., & Savitsky, K. (2000). The spotlight effect in social judgment: an egocentric bias in estimates of the salience of one’s own actions and appearance.Journal of personality and social psychology,78(2), 211.