GUEST AUTHOR: Why Stress is Easily Transmitted Between People

Everyday Psych » GUEST AUTHOR: Why Stress is Easily Transmitted Between People
by Jake 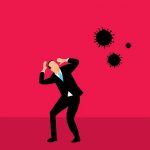 Today, we have a useful guest post on anxiety — how it spreads between people and what you can do to stop it. Read to the end to learn some actionable tips on how to deal with anxiety in your own life!

We’ve often heard of laughter described as infectious, but we tend to dismiss this as a literary device. After all, diseases can be contagious, but emotions, not so much, right?

As it turns out, emotions like happiness and stress are transferable too, as has been demonstrated in several studies. As someone who has battled chronic stress and anxiety for years, these findings come as no surprise to me. I’ve seen firsthand the effects of my stress on those around me, most notably on my partner. Granted, she has what seems to me ‘higher than normal’ empathy levels and we share a close bond, but does that connection alone explain the transferable nature of stress?

Although it can be incredibly frustrating to pick up stress and anxiety that isn’t really yours, this ability once gave us an evolutionary edge.

Prior to the birth of civilization and city states, humans lived in closer contact with nature and were more vulnerable to predators. As social animals that lived in groups, picking up on stress could offer a biological advantage. Although just one member of the group may have seen a predator lurking in the shadows, the entire group could escape falling prey to the predator because of their heightened state of anxiety — thanks to the contagious nature of stress.

This ability to pick up stress is part of our Survival Optimization System (SOS) and could make the difference between life and death, as ignoring or failing to pick up stress would be fatal. This is precisely what aided the survival of our species for millennia, prior to our domination of the world around us.

Unfortunately, that survival mechanism doesn’t serve us particularly well today. Although we are no longer at imminent risk of being devoured by predators or assaulted by rival tribes, stress is sadly still contagious.

The Power of Empathy

Although stress involves a physiological response, it is also an emotion and there’s plenty of evidence to show that emotional contagion is a very real phenomenon. This explains why cheerful and positive individuals are a joy to be around and morose pessimists like me can be difficult! 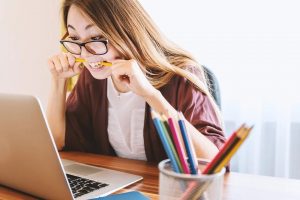 As social animals it is no surprise that emotions are transmitted, but the extent to which this is true can still be shocking. For example, a study published in the British Medical Journal found that the happiness of a friend in your vicinity could increase your own happiness by about 25 percent. While empathy and emotional contagion works to our benefit, more often than not we pick up on emotions that we don’t want.

In another study, German psychologists looked specifically at stress contagion in the context of empathy and emotional connection. They found that the empathic stress response tends to be highest (but not exclusive) to those with strong emotional bonds. Stress can even be transferred between people when they are strangers — a finding not limited to real world interactions!

Even watching videos in which people experience stress can lead to stress transmission. The ability to absorb the stress of others may be linked to ‘mirror neurons:’ specialized brain cells that react not just to our own experiences, but also from witnessing the emotional response of others. This makes emotions like stress even more transferable than disease causing pathogens!

Quarantining Your Stress & Shielding Yourself from Contagion

Whether you are at risk of spreading or picking up stress from others, you can use the same stress reduction techniques to lower that risk. 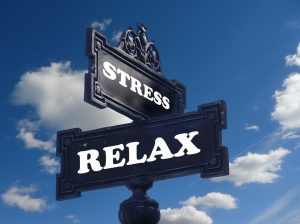 Keep on the sunny side

Breathing exercises are among the most effective ways to relieve stress quickly, with studies showing that deep breathing works on the nervous system to lower stress, heart rate, and blood pressure.

Exercise or physical activity is another effective strategy to trigger the release of endorphins or feel good chemicals that can help counter stress.

Get some fresh air

Research shows that spending time outdoors in nature has similar effects to deep breathing, so head to the nearest park the next time you feel the stress levels start to rise.

The most important thing you can do if you or a loved one is vulnerable to stress is to seek help, especially if you can’t manage it yourself. Therapy or medication for anxiety and stress disorders can be extremely effective, helping pull you out of a funk so that you can take control of your life once more.

Shaun D’Mello is a prolific writer who has worked with a wide range of health and wellness brands for over a decade. He has expertise in nutrition, fitness, natural medicine, public health, and health care technology. When he’s not writing, you can find him reading a good book, curled up on a recliner, jostling for space with his four cats.