[Everyday] Psychophilosophy » Morality by the Numbers 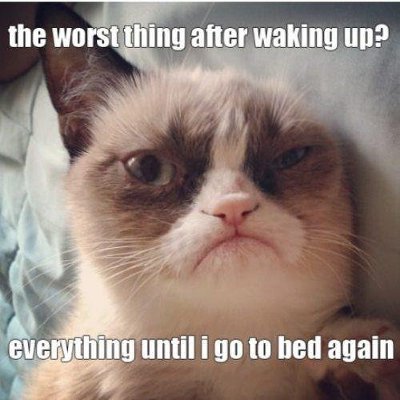 I say that a man must be certain of his morality for the simple reason that he has to suffer for it. — G. K. Chesterton

I woke up at 6:43am this morning to a mouse nibbling on Ritz cracker crumbs that had fallen on my blanket the prior night while watching Battlestar Galactica.

All right, that was a lie. I didn’t wake up at 6:43am; it was 6:47am. Nonetheless, waking up at this much earlier than usual time (oh yeah, I was lying about the mouse part, too—the Battlestar Galactica was real, though!) got me thinking: how well do I function early in the morning compared to other people?

If you’ve ever lived with your parents during your adult life, you know that they are either cranky grizzly bears too early in the morning, or crotchety tigers too late at night. Or in some cases, they may be both…in which case your parents are probably wild animals and you live in the zoo.

But what I am opaquely hinting at here is this: it seems like some people are morning people while other people are night people.

Now, some of you may think that this distinction isn’t really a thing—just an excuse people use to be unproductive at certain times of the day. However, science has shown that our circadian rhythms—the biological clocks within us that tell us when to sleep and wake—are actually individually calibrated to prefer the morning or night.

So yes, when people say they are a morning/night person, they may in fact be just that.

All right, big whoop. Come on, Jake, get to the cool and relevant psychological finding that relates to us.

Okay, so we’ve already established people are actually morning people or night people; now, I’m going to present you with a seemingly unrelated fact and see if you can put them together:

For instance, if you find a lost wallet, it not only takes a lot more effort to return it to the rightful owner than it does to pocket the cash,  it also takes more energy to simply resist the temptation of free money in the first place. And you can probably think of countless situations where being moral requires more energy.

So can you draw the conclusion between the two facts I’ve presented?

That’s right: If you’re a morning person, you’re more likely to be moral in the morning than at night and vice versa if you’re a night person.