Because power corrupts, society’s demands for moral authority and character increase as the importance of the position increases. – John Adams

These last few weeks we’ve been exploring the psychological construct of power and how it affects our thoughts and behaviors. And today’s concluding post on the topic couldn’t have had a better, real life corollary:

The power went out in my house last night.

Around 11:30pm, my roommate alerted me that two fire trucks were outside our place, and a text from our downstairs neighbor informed us some wire in their half of the basement was burning at 400° and needed to be snipped.

Terminating all power to our house.

Of course, earlier that day my roommate and I had made our biggest grocery run in weeks.

Fortunately, though, our downstairs neighbor is great and she went about calling the electrician and landlords for us. However, if she were in a state of high psychological power, she likely wouldn’t have been so eager to help us. But why?

Participants came into the lab and were either put in a state of high power (by recalling a time they had power over others) or neutrality (by recalling what they did yesterday).

Next, participants looked at the images of 24 faces expressing different emotions: the more accurately the participant could identify the emotion, the better they were at empathy.

As it turned out, those in the high power condition made 50% more errors in identifying the emotion than those in the control condition.

According to the researchers, high power individuals are less likely to perspective take—or adopt another person’s mindset. And if we consider what we’ve discussed about power so far, everything we know about “the powerful” begins to make sense.

First, people high in power act on their desires. That is, to maintain power, one must make decisions quickly and surely. And part of the way they’re able to do this is through their increased confidence in their thoughts.

Those in high power rarely second guess their decisions; they act immediately and purposefully, the ability to do which coming from the trust they have in the validity of their thoughts. And in this regard, the person doesn’t need to take another’s perspective: they only need to rely on their own viewpoint.

Without considering another’s position, though, you can’t feel empathy for them. And without empathy, you’re bound to act only on your own wishes and concerns.

So does power really corrupt? 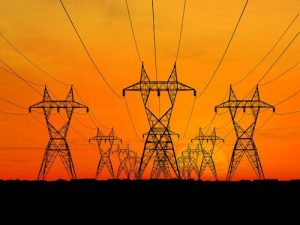 In these regards, power doesn’t necessarily corrupt, but it does allow for our “corrupt” urges to be more readily realized.

However, if you had an individual with high power, for example, whose immediate thoughts were to do something positive for the environment, but s/he also knew oil companies would be displeased with such actions, the high thought confidence and the reduced empathy would actually result in less “corruption.”

For as is the case with everything in psychology, so much of an effect depends on the context. Unfortunately, the context of high power people typically supports more immoral behaviors.