The road to hell is paved with works-in-progress. — Philip Roth

I have been sitting here, now, for 30 minutes, trying to think of what to write. And still, the best thing I can come up with is something about cats.

Typically, I turn to my everyday life for inspiration. Winning streak in basketball recently? Discuss the psychology of gloating. Saw one of my students out at the bar? Talk about impression management (i.e., looking as sober as you can in a minimal amount of time).

But lately, my life has consisted of preparing lectures, presentations, and peanut butter and jelly sandwiches—none of which really provides much inspiration. 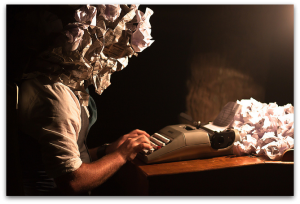 And then it hit me.

The psychology of writer’s block hasn’t been studied as explicitly as other topics (probably for ironic reasons), but if we think like psychophilosophers, we can break it down to a failure of two accounts: ability and motivation.

This is the inability to consider an object or task in a way other than its basic or intended purpose. For example, if I gave you a rubber ball and told you to list as many games as you could that play with it, you would probably write down different sports or variations of catch.

But what about popping the ball and using it as a hat? Or stretching it out to paint and turn into a globe?

Writer’s block often relies on this inability to clear one’s “tunnel vision” on how to resolve or approach a problem. So as with today’s post, I had become fixated on basing the post on something from my life—which, had I, would likely have involved grading papers.

But beyond one’s ability to think creatively, there must also be the motivation to write in the first place. Although we all have days where we simply don’t feel like doing something, the interesting thing about writer’s block is that we do want to do something but can’t.

So what’s going on then?

When we write (or start any project for that matter), we are constantly evaluating it. That is, we’re either judging it by our own standards or what we think others’ standards might be. And as always with evaluation, there is that lurking concern of failure.

Writer’s block, then, is partly prompted by one’s fear of creating something unworthy. For example, after writing my first slam poem, I had an incredibly hard time writing my second one out of fear it would never be as good as my first (which was pretty darn good if you ask me). 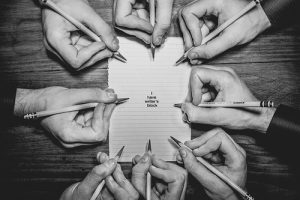 With my post today, every topic I considered writing about seemed insufficient. So between my inability to think creatively and my concern over writing on something boring, it produced in me a sense of writer’s block.

Ironically, in the end, I still used my life as inspiration, but I just lowered my standards for what an acceptable post would be.