Everyday Psych » What is Psych•o•philosophy?

First of all, it’s a big word. According to oxforddictionaries.com, “psycho-philosophy” came about in the 1920s, with its earliest use in The Burlington Magazine. I can’t vouch for the veracity of that claim (it’s the only legitimate looking website that even had a definition for it), but I can say that I had never heard the word before trying to come up with something to capture the heart of this blog.

I love psychology. I love philosophy. And the more I thought about it, psychology was my philosophy. Hence, psychophilosophy. Of course, that word on its own is a little intimidating, so the “[Everyday]” was its perfect companion. But moreover, that’s what it is: My everyday living, psychophilosophical thinking way of life.

I’ve become so accustomed to interpreting the world through psychology that I can hardly unsee it. Look at the picture below. If you’ve encountered it before, you’ll know instantly what it is, but for those who haven’t, the answer will never let you unsee it again: 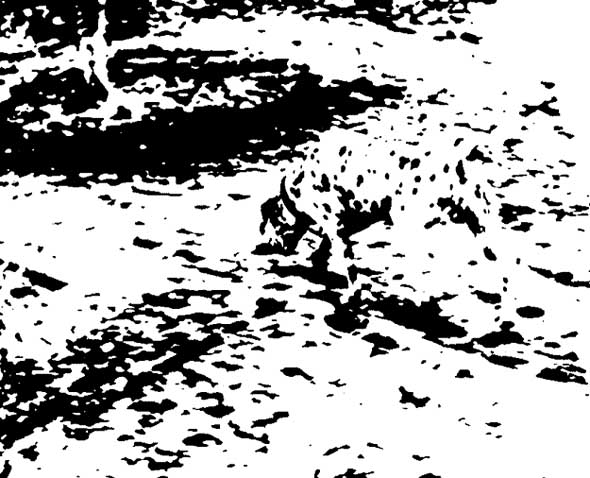 Were you able to see it?

Right there in the middle.

Now that you have, that world won’t appear to you any other way.

Every interaction with someone, every feeling I have, gets mentally twisted and wrung for all its psychological insight, for the context that surrounds its, the human factors that compose it. Psychophilosophy is seeing the world in the 1’s and 0’s of each person’s base psychology, the very similar circuits and structures that compose all of us. It’s about self-awareness, self-reflection, first finding the psychological causes and effects within you to find those same principles and patterns in others.

But OK, where’s the simple definition that I came to this page looking to find? Jake, you’ve read countless textbooks–where’s the bolded term that I can just copy and paste???

Fine. All right. Because I know if I were coming to this site trying to figure out what it and it’s big word were about, I, too, would appreciate a succinct answer:

psych•0•phil•os•o•phy (n.):  a personal belief system whereby one interprets the behaviors and emotions of others through psychological theory and application; a perspective on life that stems from intentional introspection on one’s own thoughts, feelings, and behaviors to subsequently understand the psychological framework underlying others’ thoughts, feelings, and behaviors”