But better die than live mechanically a life that is a repetition of repetitions. — D.H. Lawrence

What would it be like to revisit a museum, restaurant, or city you just visited? To rewatch a movie you just watched? To replay a game you just played? These are the question that begin the paper we’re going to dissect today.

And the answers might surprise. The methods will impress you. And it is a sole-authored publication (i.e., only one researcher is credited on it) in psychology’s most prestigious journal–no easy feat at all.

PETE AND REPEAT WERE ON A BOAT…

When you ask most people (I being a more obnoxiously vocal one) what they think about repeating an experience, they say boooo. You’ve seen it. You’ve done it, You know it. But research suggests, it may not actually be as bad as you think.

In one example, researchers recruited undergraduates for a study called “At-Home Netflix Study, paying $20” (if nothing else, this may have had the fastest sign-ups in the history of psychology). 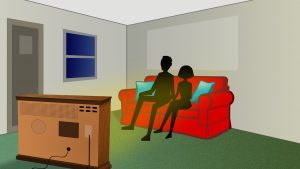 On the first night of this two-night study, participants were asked to watch any movie of their choosing, so long as (a) they hadn’t seen it before but (b) thought they would really enjoy it. 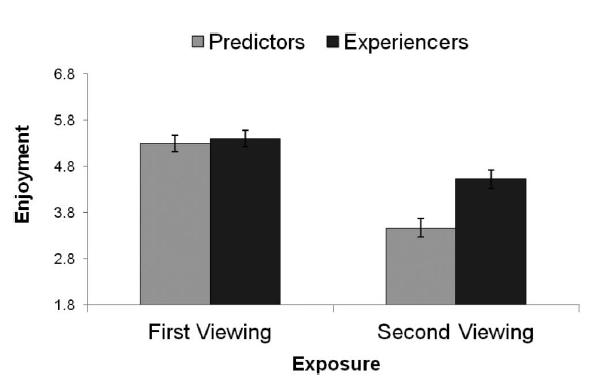 In fact, this researcher showed this same effect in a museum with participants repeating the same exhibits. He even hired programmers to design a game, which he had participants repeat playing. And for five consecutive trials, participants kept expecting each iteration of the game to be less and less fun (which it was); however, it was not nearly as bad as they thought.

THE DEVILISH FUN IN THE DETAILS

When we experience anything for a second time, we’re able to observe its complexity more. Maybe it’s a joke you didn’t hear, or a fact you didn’t read. Maybe you see something from a totally new perspective. The problem is we don’t expect to perceive that additional complexity.

The researchers call it “unforeseen novelty,” and it’s the idea that when anticipating our enjoyment of a repeated event, we underestimate the extent to which we’ll discover new information in the stimuli (particularly in

And actually, this bias in our cognitive projection can lead to poor behavioral outcomes.

For example, in one study, researchers had participants play a game for five minutes, and then asked them whether they would prefer to continue playing that game for the next ten minutes, or do whatever they wanted for fun on their phone. Even though 75% of participants (61 out of 81) chose to play on their phones, those who repeated playing the game actually reported being significantly happier afterward!

…PETE FELL OFF, WHO WAS LEFT?

I think one of the reasons I liked this research so much is that it was very counterintuitive to my worldview. I perceive there to be so many options for things like books and movies, places to travel, things to do, that I won’t get as much enjoyment out of repetition.

But, like much of the mind, science is helpful to explain where our intuition goes astray. Looks like we should all return to rereading some of my older posts… 😉

Psych·o·philosophy to Ponder: It’s important to note that repeating experiences still often leads to reduced enjoyment, even if it’s not as bad as you think. But under what circumstances do you think repeating an experience would actually be worse than you expect? Based on today’s theorizing one example may be when you perceive a movie as complex (e.g., Inception or The Girl with the Dragon Tattoo—both movies I think are great), but when you watch it again, it feels less complex having already seen it. Interestingly, you may have thought that repeating a bad experience may end up being worse than you expected. Likely, there are times when this is true (e.g., after time has passed so you don’t remember how sharp the pain was) but also times where the opposite is true (e.g., getting a shot isn’t as bad as you expected). The mind is a wonderful thing, isn’t it?