In the past, men created witches; now they create mental patients. — Thomas Szasz

As we discussed last week, under certain circumstances or through certain disorders, people can experience some true, nighttime terrors—literal hallucinations where the evil doer is not dreamed but seen in front of the perceiver. And although these phantasms were short-lasting, with the wrong perspective, their effects could be permanent. 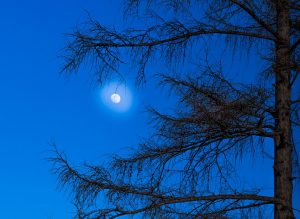 The year is 1692 and the colonies of Massachusetts are full of  whispers of witchcraft, which soon turn into hearings, prosecutions, and burning. The first accusation of dark magic came after a pair of young girls began experiencing fits and other mysterious maladies, to which the “doctor” ascribed to the effects of witchcraft.

But in order for the subsequent witch trials to reach the fervency that it did, accusations alone couldn’t have fueled it. People must have seen something truly convincing.

For example, had a person suffered from any type of sleep hallucination, without understanding that it was a hallucination (a word that wasn’t even derived in Latin until the 1650s), they would have surely perceived it as actual witchery. And in fact, several testimonies were made during the Salem witch trials that reflect such a possibility.

For example, Robert Downer claimed “as he lay in his bed, there came at the window, the likeness of a cat, which flew upon him, took fast hold of his throat, lay on him a considerable while, and almost killed him.” Other reports, too, claim of this “evil” befalling them at night or around periods of sleep. And again, with the mental framework that witches did in fact exist, how else should they have interpreted the experience?

Leading further credence to the role of nighttime hallucinations, research has shown that these sleep disorders are more likely to occur among those undergoing physical and mental stress along with irregular sleeping patterns. And for colonials at this time, those were usual living conditions. 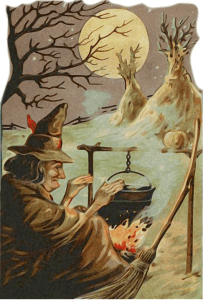 Furthermore, these very vivid, very real sleep-related hallucinations emerged in highly isolated communities. Rather than colonials being exposed to contrary opinions or differing perspectives, they were fed the same opinions (“the witches did it!”) as others. And research shows, the more you’re surrounded by people who think a certain way, the more you think that way, too: a circuitous effect that serves to continually extremitize you.

Thus, between the foundational evidence of these hallucinations and the increased confidence in the existence of witches, people began to see witchery everywhere. Rather than a wind chime coincidentally ringing, it’s a curse. Rather than bad luck sending the silo to flames, it was witches.

But beyond these more basic psychological principles, some researchers and historians think there may have been another, more biological culprit at play.

Ergot is a fungus containing toxic alkaloids that can infest different types of grains. When villagers then turn those infecting grains into bread, consuming it can result in ergotism, which has been known to induce convulsions and hallucinations similar to psychedelic drugs. So if an already paranoid community was selectively given LSD, what kind of hallucinations do you think they’d dream up?

Psychophilosophy to Ponder: What other historical events can we conceptualize from their psychological components? Previous blog posts have examined the history behind the illegaization of marijuana (and the psychology underlying it), but if you can think of an interesting historical event to examine through a psychological lens, do share in the comments below? I’d love to do a little digging.