The greatest deception humans suffer is from their own opinions. — Leonardo da Vinci 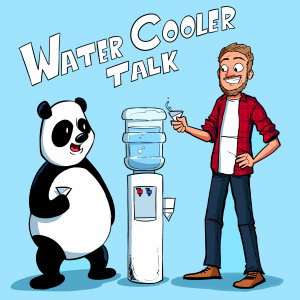 Today’s post complements research I recently discussed on the podcast, Water Cooler Talk Podcast, where I applied psychological research to why people continue to resist wearing masks, why people avoid facts that could be helpful, and other (fascinating!) topics.

Here’s a quick clip if you want a teaser of the interview.

So, if you need to do some chores, travel somewhere, or just feel like sitting and listening, I highly recommend checking out the full interview — which you can find here in multiple formats.

Although today’s post will expand on some of the topics discussed in that interview, it will also provide useful and interesting information for anyone reading today!

In the podcast, one of our primary discussion topics is why people continue to resist wearing masks. And in it, I talk about a concept that I and my colleagues, Pete Zunick and Russ Fazio, published research on a few year ago: self-defining attitudes.

People’s attitudes are essentially whether they like or dislike something. For example, you may have a positive attitude toward coconut-milk ice cream (you like it!) or a negative attitude toward Midwest humidity (you dislike it!). Any positive or negative reaction like this that you have toward a topic would represent your “attitude” toward that topic. 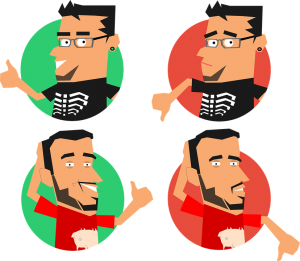 Importantly, though, the research by my colleagues and I found that specific attitudes can be self-defining for people. That is, what you like or dislike says something about who you are or who you aspire to be.

For example, I have positive attitudes toward the video games World of Warcraft and Overwatch. However, only for World of Warcraft does my positivity toward it say something to myself and others about “who I am.” Or in other words, I consider my positive attitude here to reflect attributes, qualities, memories, etc. that help define my sense of self.

Thus, when it comes to wearing masks, people might not only have positive or negative attitudes toward them. That positivity/negativity might also be self-defining. And in our research on this topic, we discovered some interesting things. 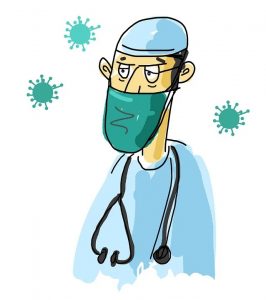 Consequently, anti-mask wearers are probably more likely to think of their mask-wearing stance in terms of their other positively framed attitudes (e.g., their positive attitude toward personal freedom).

Second, we found that if you threaten someone’s self-defining attitude, they are more likely to double-down on that attitude.

Interestingly, for people whose environmentalism attitude was not self-defining but still highly positive, our manipulation didn’t really have much effect.

THE SELF GETS THREATENED

When it comes to the mask debate, it is no longer just about whether it is good or bad to wear a mask (though, as an aside, lots of research shows it is very good to wear one). Instead, the debate has turned to critiques about the people themselves, rather than just their attitudes.

Thus, when pro- and/or anti-mask wearers get challenged for their beliefs, because it has become a self-defining topic, they are likely to double-down on their stance rather than engage with others’ perspectives on it.

So, if you’re trying to convince someone to start wearing a mask, it can be better to discuss attitudes surrounding the topic (e.g., the safety of others, the pandemic itself, etc.) rather than their attitude on mask-wearing specifically.