Although I often remind you about the throes of graduate school (pity me, I say!), to be fully honest, my lack of sleep has a different origin: I found this great new show on Netflix.

However, as tends to result from sleeplessness (and watching a show about Columbian drug lords), I haven’t been the greatest person lately.

For example, two nights ago I heard my roommate sneeze, but I intentionally refrained from saying “bless you.”

Now, you may have read that, scowled, squinted, and wondered how I could ever be so callous, but if you were as tired as me, you’d have more sympathy. And in fact, this has been scientifically shown.

Visceral factors are the various needs that stem from our innate desire for survival, e.g., hunger, thirst, sleep, sex. And when we’re deprived of these, the motivation to satisfy those “drives” takes precedence over all other goals.

These visceral factors are strong; they’re felt acutely. When you’re hungry, you know it. When you’re tired, you feel it.

But what’s crazy about them, is that no matter how often you experience them, no matter how potent their urge for resolution is at the time, when you’re in a contented state (what researchers call “equilibrium”), you simply don’t view them as impressively.

That is, you may be able to recall that hot hike down from Machu Picchu, where you were nearly hallucinating from dehydration, but looking back at it now, that sensation of thirst doesn’t seem as bad.

In fact, we tend to underestimate the strength of visceral factors both when looking back at them and when considering them in the future. And importantly, unless we’re experiencing that visceral state currently, we have limited sympathy for others who are experiencing them.

This is what’s known as the ’empathy gap.’

In one study, researchers brought in a bunch of participants and gave them a vignette to read about a woman—one who was sleep deprived from caring for her baby—who subsequently made a racial slur to another person.

Now, for half of the participants, they had been made to feel tired by doing a lot of rigorous memory tasks, while the other half did much easier activities. And when it came time to evaluate how favorable they were of the woman from the vignette, those who were also in a state of tiredness rated her more positively.

The researchers replicated this effect with sexual urges. That is, those who were made to feel aroused evaluated a peer who had engaged in unprotected sex more positively than those who hadn’t been aroused. 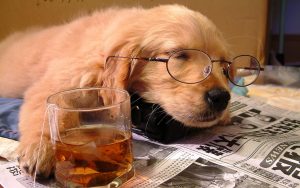 As for me, I’m both tired and hungry right now so I sympathize with most everybody.