As the U.S. media proclaims these days, “we are a country divided.”  From nationwide protests on the election outcome to voting differences unsettling marriages, it seems these days that donkeys and elephants couldn’t be more distinct species. But for as different as we seem, there is a surprising commonality to our conflict: we’re all clashing over moral attitudes. 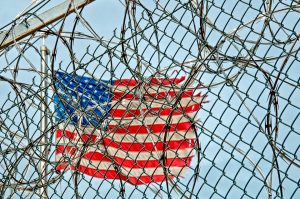 Previously on this site, we’ve discussed extreme attitudes and how hard they are to change. However, moral attitudes are a particularly “armored” type of attitude if you’re engaging in persuasive combat.

For example, research–conducted and published by a colleague of mine–had participants answer some measures about their attitude toward recycling (e.g., how much do you support it? how beneficial is it? etc.) and then the computer “crunched” their scores.

Now, even though both groups saw the same message and had the same overall stance toward recycling, when the computer simply made them think that their attitude was morally based, they became significantly more resistant to the persuasive attack. 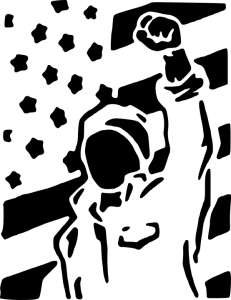 Now, although it is good to have strong attitudes that you stand up for, it sure doesn’t help with the divisiveness in the United States (or elsewhere for that matter).

For example, back in 2008, researchers asked over 400 people to name the top issues for them in the presidential election. For those participants more likely to vote, the top issues they listed were more morally based. Or in other words, if you wanted to convince someone to change their vote for president, the issues you’d have to change them on would likely be moral beliefs.

So…this just means fires and pitchforks till 2020? Well, not if we use a little psychophilosophy.

In 2014, a graduate student at UCLA published some incredible results. Canvassers who had a brief, face-to-face conversation with voters on marriage equality, where the voter was encouraged to take the perspective of a gay person, actually made voters less opposed to legalizing it. That is, a 5 – 10 minute, honest conversation altered a fundamentally moral attitude!

Unfortunately, a couple graduate students from Stanford discovered that the UCLA student’s results were entirely made up–yet the idea of this canvassing intervention captivated them. So the two from Stanford did exactly what the first student should’ve done:

They conducted the study. 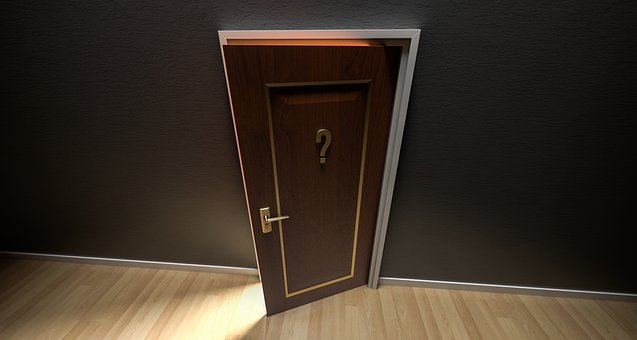 Rather than gay rights, these researchers examined transphobia (or anti-transgender prejudice), a topic that often invokes moral assertions. The researchers and their team went door to door of registered voters and had a 10-minute conversation with them (see, Psychophilosophy to Ponder for a description of the procedure). And remarkably(!), this conversation had profound effects across a broad number of measures on acceptance toward transgender people.

In fact, the data shows that these interventions increased positivity toward transgender people to “an amount larger than the average increase in positive affect toward gay men and lesbians among Americans between 1998 and 2012” (Broockman & Kalla, 2016; p. 223).

So, all of this in mind, when it comes to divisive topics in politics, society, or the queue on Netflix, don’t automatically assume that you can’t change another person’s mind–or at least that you can’t identify the root of your differing beliefs. And although moral attitudes are hard to change, these are the attitudes we should be most concerned about, for these are the attitudes that significantly influence our words and actions.

So although it is much easier to ignore or “unfriend” those we believe to be inescapably immoral, remember, “injustice anywhere is a threat to justice everywhere.”

Psychophilosophy to Ponder: With Thanksgiving and the holidays coming up, you’re likely to be spending time with family who had a different reaction to the presidential election than you. Instead of just writing them off, consider using the steps below (taking from the study above) to see if you can’t try to build some common ground:

1) Have the other person explain their views and listen closely to why and what they have to say
2) Present arguments for both sides of the topic (in the actual study, canvassers played a short video that talked about both sides of transgender issues; so if you can find a YouTube video that provides a balanced opinion, try getting the person to watch it)
3) Specifically define the topics you’re talking about (e.g., if it’s gay rights, list what you mean by “rights;” if it’s women’s healthcare, define the different care you’re talking about). Often times, people clash over statements or beliefs that each party actually agrees on–they’re just defining the terms differently.
4) Encourage “analogic perspective-taking.” This involves getting the other person to think of a personal experience they’ve had that allows them to better relate to the group or cause for which you’re trying to build sympathy. For example, in the study on transphobia, the researchers had the other person recall a time they were judged negatively for being different, then offered how this experience could provide a window or insight into transgender people’s adversity.