The Secret to Mortality

Everyday Psych » The Secret to Mortality
by Jake

Old age isn’t so bad when you consider the alternative. – Maurice Chevalier

Of course you do! 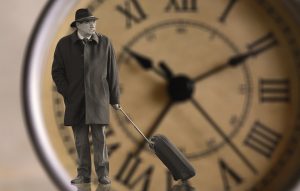 And that’s why you’ve cut all gluten from your diet (because, you know, your health was so much worse before you even knew what gluten was, right?)

But what if you learned that none of the above practices mattered? That with two simple changes to your life, you could re-invite all that hedonism and slothfulness back into your daily to-do lists?

This blog’s making some pretty high claims for a Wednesday.

But let’s get to the research, shall we?

A 29-year study (published this year!) conducted in the UK with over 6,200 participants examined the effect of 65 mortality risk factors (e.g., sociodemographic variables, lifestyle attributes, etc.) to determine which factor had the greatest effect in predicting the longevity of one’s life.

From an initial glance at the list of variables, one may intuitively guess that things like a person’s socioeconomic advantages, marriage status, average hours of sleep, number of prescribed medications—heck, their general health at the time of the study’s induction would most likely influence longevity.

But nope. None of those were important predictors.

In fact, there were only four variables that significantly and consequentially impacted whether or not people died within that 29-year period.

First, the years spent smoking directly predicted a lower survival rate—which makes sense. Cigarettes are so bad for your health that for every $1 the government invests in smoking cessation programs, it saves $55 in health related costs.

The second factor that increased your longevity was your sex; that is, if you’re a woman. And if you ever interacted with a man, the reasons behind this become pretty clear pretty fast.

However, extensive research has supported both of these findings before; what was incredibly interesting, then, was that two psychological variables emerged as potent predictors of perishing. Typically, the medical literature attributes any effect of longevity to biological influences, but this study highlighted the importance of mental factors as well: 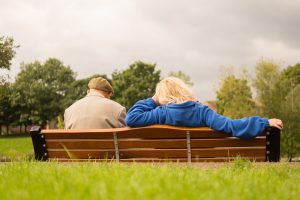 Your cognitive processing ability and your subjective perception of your health.

For the first factor, low cognitive processing speed may signal variation in multiple, underlying processes linked to mortality risk, in which case, being able to think quickly acts as a robust indicator of good health.

As for merely perceiving yourself to be healthy predicting longevity—this is cool. That means independent of all those objective tests about your cholesterol, your blood pressure, etc.,  what really matters is whether or not you believe you are healthy.

Now, this finding doesn’t mean you can simply “believe your way to immortality,” but it does show that many different healthy-ish lifestyles can contribute to longevity so long as you believe you’re healthy. This is similar to the research showing that the actual amount of stress you’re experiencing isn’t as important to your health as your perception of how stressed you are.

So in sum, I can only advise what the title of the article itself says: Think fast, feel fine, live long.

Psychophilosophy to Ponder: What does it mean to have biological influences compared to psychological ones? Is our psychology fundamentally different from our biology? Or are the two intrinsically interlinked?