Who Do You Consider Above Average?

Everyday Psych » Who Do You Consider Above Average?
by Jake

Deflating inflated egos is so important to God that He offers to help. — Max Lucado

Now, don’t be offended by this, but it’s a well-established fact that you likely evaluate yourself more positively than you should. And that includes me evaluating myself, too.

Whether that’s our driving skills, our ability to communicate, or even our physical attractiveness, on average, we humans tend to think we’re better than, well, average. In fact, it’s such a common phenomenon that it has been labeled, the better-than-average effect.

Before answering that question, let’s talk a little more about your own inflated self-views

A recent meta-analysis (i.e., a study that analyzes and examines all the other studies on a specific topic) found very strong evidence for the better-than-average effect: 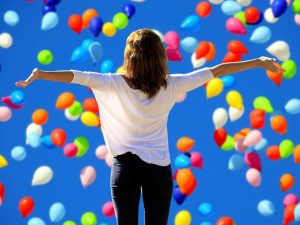 Although this better-than-average effect occurs across a number of domains (e.g., one’s intelligence, sports, grilling skills, etc.), this meta-analysis found that it tends to be particularly strong for personality traits. For example, people who think they’re extraverted tend to think they’re more extraverted than they actually are. Similar results have been found for how dependable, considerate, and even how moral people perceive themselves to be.

Largely, the effect occurs because people have a psychological tendency to self-enhance. We are motivated to think positively of ourselves, because such positivity is good for our mental health and willingness to engage in activities.

For example, if you always thought you were worse than average, think how negatively you would view yourself and how this would detrimentally affect your behaviors.

Thus, even if we’re a little inaccurate in our self-assessment, the inflated boost of ego offers some other practical benefits. But, when it comes to evaluating other people, does this necessarily mean we think they’re worse than average?

As you might imagine, the more you like someone (e.g., a friend or a role model), the more you think they’re going to be skilled or do well in various activities. For example, people tend to have inflated expectations that their preferred political candidate will win an election. In other words, we treat these liked-others like extensions of ourselves — who then receive a similar better-than-average boost.

What’s more interesting, then, is how we perceive the average person. For example, if I pointed to a random person in a competition and asked you how likely it was that they’d win, what would you say?

Specifically, Daniella Kupor and her colleagues found that when they pointed to a random person—in a photography competition, a hiring pitch, a golf match, and more—and asked participants to rate that person’s likelihood of winning, they tended to think this “random, average person” was more likely than average to win.

In other words, we also tend to think the average person is better-than-average.

Essentially, when trying to determine the likelihood of a random person’s success, we focus on that person’s desire to win. In turn, focusing on that motivation biases our expectations surrounding the person. That is, because we tend to generally see and hear about people achieving their desired goals (e.g., in movies, through anecdotes, etc.), we tend to think these people will similarly have a better chance of winning, too.

So how is it possible, you may be wondering, that we can both think ourselves above average while also thinking the average person is above average, too?

Importantly, in the last studies I described, the participant themselves—nor anyone they previously liked—were involved in the competitions. If that were the case, we would expect people’s focus to shift. We would now expect participants to give more weight to the self-enhancement features of yourself and those you like.

Even still, all these participants sound like some truly optimistic individuals…

Psych•o•philosophy to Ponder: Today’s discussion—captured in the article’s last line—really demonstrated the optimistic nature of humans. And next week, I’m going to have a SPECIAL guest blogger, author, world hitchhiker, and Today Show guest, share a post on this site about how optimism can be really beneficial for self-motivation. He’s a really interesting guy with a cool message to share, so I hope you check it out!