Everyday Psych » Why You Might Be Wrong
by Jake

It takes only one drink to get me drunk. The trouble is, I can’t remember if it’s the thirteenth or the fourteenth. — George Burns

It doesn’t really feel like autumn until November rolls around. And with Halloween now behind us, it’s time to turn off “Monster Mash” and put on “Deck the Halls.” (But when will Thanksgiving get its own collection of carols??)

But before we leave that spooky 31st, I have a question for you: How frequently do you brush your teeth?

Now, if you’re like me and found you were happy to consume anyone’s unused candy (regardless of whether you were invited to it or not), you were probably brushing your teeth extra scrupulously this past weekend. 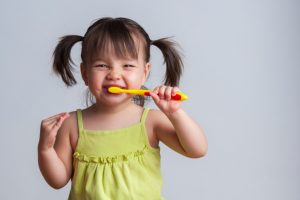 But were you aware that frequently brushing your teeth is actually bad for them?

That is, too much brushing can wear down the enamel, which heightens your chance for cavities. Furthermore, it kills off the good bacteria, produced by our saliva glands, which protect us against plaque. Not to mention, frequent brushing can have irreparable damage to your gums, leading to infection and tooth loss.

Now after reading that, I have another question: Would learning this made-up information* affect your own, honest report on how frequently you brush your teeth? That is, could our own biases and preferences influence our sincerest attempts at recall?

Researchers brought college students into the lab and had them watch a video with a bunch of random clips in it, one of which explained why brushing your teeth frequently was either bad or good.

Finished with the video, the participants were led back into the waiting room to participate in a “second, unrelated” experiment. There, they ostensibly filled out a personality questionnaire which asked them about a variety of everyday behaviors with the target question: how frequently do you brush your teeth?

Keep in mind: there was no reason for the participants to “lie” about this—all their responses were completely anonymous. What happened, in fact, was that people literally believed they had brushed their teeth to the extent they believed brushing was good or bad.

But just to make sure this study wasn’t a fluke, the researchers replicated the exact same procedure while looking at “bathing frequency.” And as anticipated, they found the same results.

So how does this apply to you? Well, the first implication is that your memory isn’t perfect—you are prone to errors of recall, errors even beyond your “objective” awareness. But more specifically, think about your own personal biases and how those might inform your memory.

For example, if you believe drinking alcohol is bad for you (but you do it anyway), when you go to recall how frequently you do it, you will probably underestimate the amount. Or if you have a strong dislike for going to the Doctor’s office, you may recall that you were there more recently than you actually were.

Really, this study helps to illustrate how susceptible our memories are to things other than the truth. Except when it comes to who stole my last Halloween Reese’s. I know I didn’t eat that one without realizing it.

*That’s right, all those arguments against brushing your teeth are entirely fictional—unless you’re the parent of a child who somehow found this blog searching for “why I shouldn’t brush my teeth”—in that case, they’re totally real.