An Unexpected Act of Kindness

Everyday Psych » An Unexpected Act of Kindness
by Jake

No act of kindness, no matter how small, is ever wasted. — Aesop

It’s not every day that you need the help of a stranger, but when you do—and that stranger can provide that help—the gratitude is overwhelming. Today, I will try to express some of my deep thakfulness.

Up in Central Eastern Oregon with my Mom, Dad, and girlfriend, we were driving through the hills surrounding the small town of Maupin. Although the roads were clear, there was a light layer of snow off of them. But, in my father’s new Ford Expedition, when my mom asked, “Do you think we’re okay to go off road?” no one was concerned. 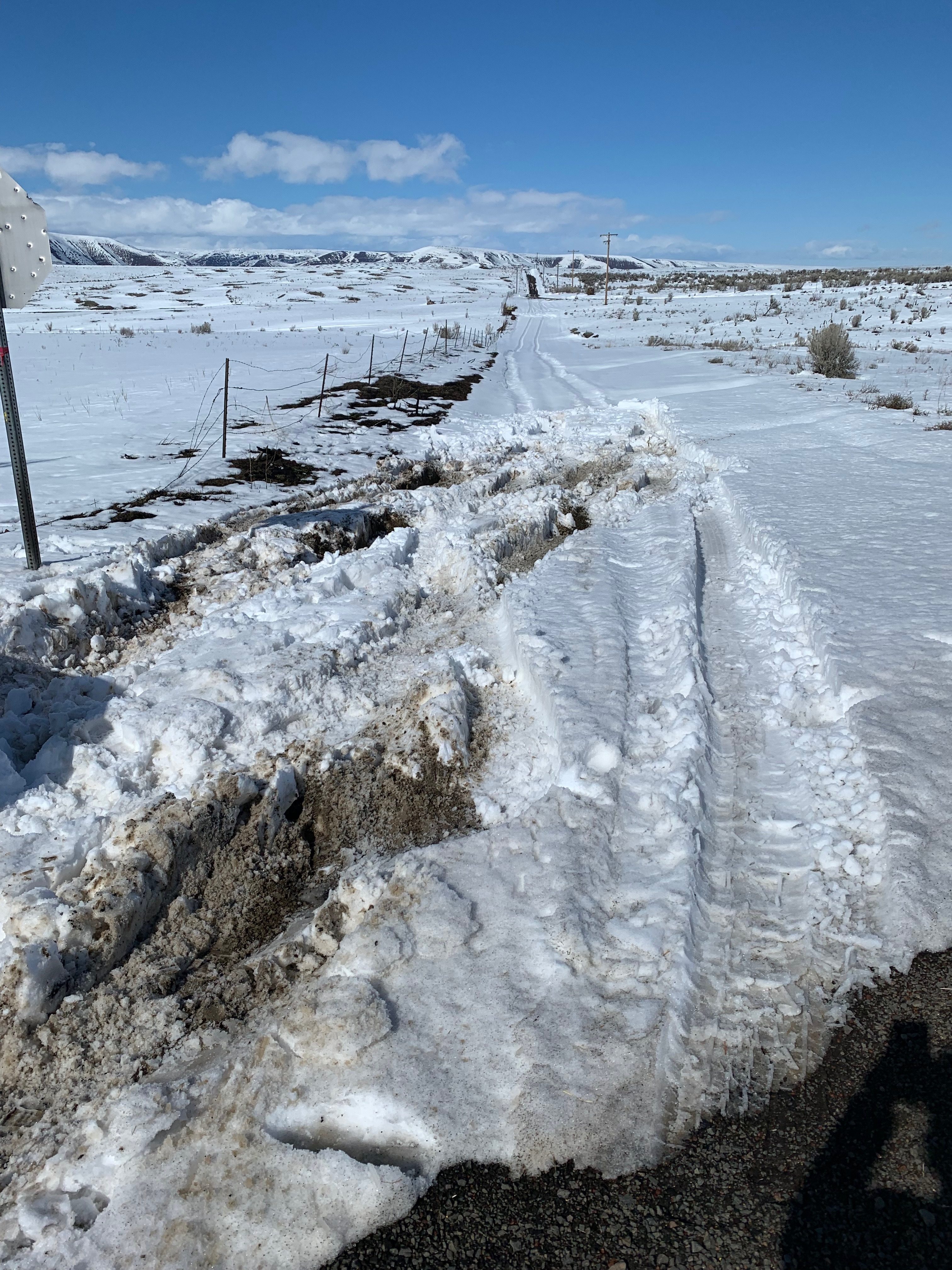 Literally seven seconds later, twelve feet onto this snowy trail, the road behind us deserted for the past 20 minutes, the car’s wheels would move but the car itself wouldn’t.

In general, people tend to show an optimism bias. That is, when confronted with bad (vs. good news) about our future we are less (vs. more) likely to update our predictions about our future.

For example, research shows that when participants learn their chances of developing cancer are lower than expected, they accurately incorporate this information into their predictions of how likely they’ll develop it. However, if people learn their chances are higher than they initially thought, they fail to update their expectations for how likely they’ll develop it. 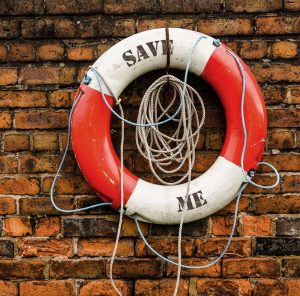 For another example: When we were able to push back the car while my Mom put it in reverse, I became more confident we would free ourselves. However, when the car subsequently got high-centered on a snow drift, I didn’t become any less convinced we would be free.

Well, I didn’t think we’d be stuck there forever, but I did immediately recognize we would need some help.

In previous posts, I have discussed the factors that improve our chances of being helped by others as well as the steps you can undertake to ensure you help others.

But, when no cars were coming down the road and the nearest farm was miles away, it didn’t matter what psychophilosophy tips I knew. Help wasn’t coming. 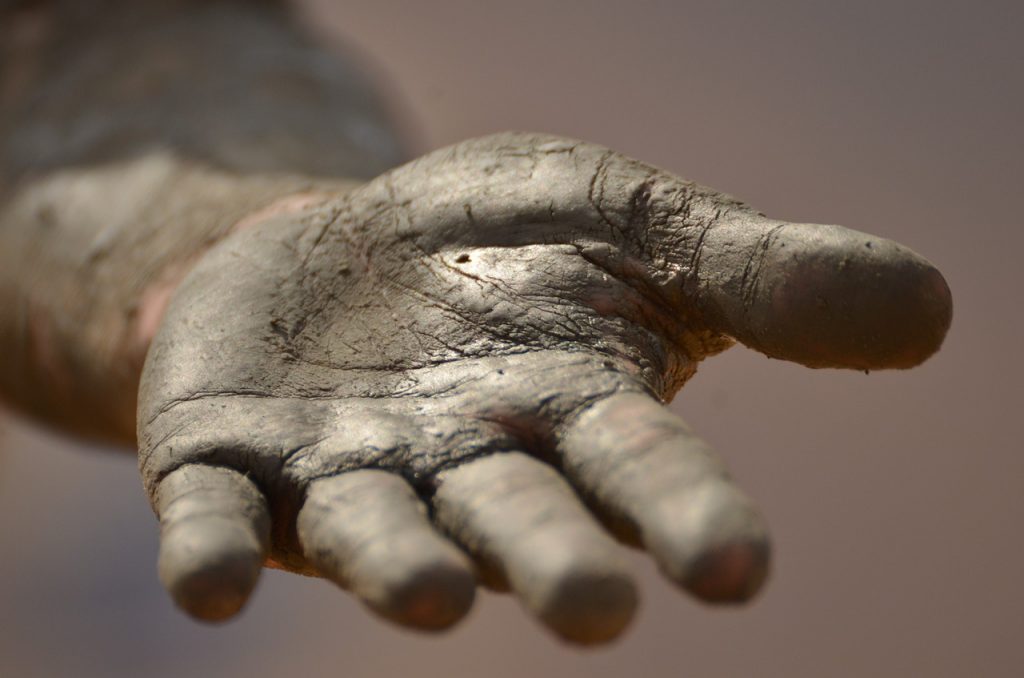 Puttering down the road in his Toyota, an old man—whose name I never learned—pulled over to see if we were all right. Presumably he, his wife, and their grandchild had some place to be, but he didn’t hesitate once in positioning his car in front of ours and pulling a chain from his trunk.

However, had he been more focused on the outcome of his actions versus the impact of his actions, would he have been as likely to help?

Research shows that when the outcome of one’s behavior is uncertain (e.g., “Will my actions actually help this person?”), we are less likely to engage in prosocial acts. That is, when people are unsure whether a selfish action will cause harm to others, they’re more likely to act selfishly. That is, with uncertainty, people can “reason out” that their decision didn’t actually harm someone.

In the current situation, it was possible the old man could have “reasoned” we were  simply sightseeing and continued on his way. However, as I hinted at earlier, rather than focusing on the outcome uncertainty (i.e., whether one’s actions would make a difference), focusing on the impact uncertainty an increase one’s likelihood of helping.

In one study, researchers manipulated whether participants’ economic decisions would certainly or possibly have negative consequences for another person (outcome uncertainty). At the same time, the researchers also manipulated how negative these consequences would be (i.e., impact uncertainty). That is, would one’s negative economic decision be moderately negative? Or was it unclear how negative the decision could be?

Put simply, when people focus on how negative the consequences of one’s actions (or inactions) could be for someone, the more likely they are to help. But, if just focused on whether a person’s actions will help, it tends to reduce the likelihood of helping.

With the two cars tied together, and an expert foot on the accelerator, the old man was able to tow our car out of the snow and back onto the road. When my dad asked if he could do anything to reciprocate the kindness, the old man only asked that we pay it forward.

And as one attempt at doing that, I thought I would pass on some psychophilosophical knowledge to you all! 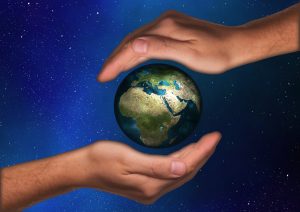 Psych·o·philosophy to Ponder: Earlier, I talked about the optimism bias (i.e., how we expect our futures to turn out more positively than the evidence may suggest). Interestingly, though, people also show a vicarious optimism bias. That is, we also think that good outcomes are more likely to occur for others, too–both our friends as well as strangers. For example, participants were first asked to report the likelihood that (e.g.) their friend’s luggage would be lost by an airline. Then, the participants were given information that suggested their estimate was either lower or higher than it should have been. And although people readjusted their estimates when the information suggested better outcome odds for their friend, for negative information, they didn’t update their expectations. In other words, they remained “irrationally” optimistic about their friends just as they do about themselves. When thinking about this, now, how do you think this impacts people’s likelihood of helping others?