Today I’m going to talk about two of my favorite things: psychology and butterflies.

Now, this first part may be a little boring, but it’s useful for understanding the more interesting, second half. And additionally, I get paid by the word for writing these posts–paid in smiles that is… Oh, gosh, somebody punch me in the face.

We’re going to begin today discussing classical conditioning, a topic you may be familiar with from Pavlov and his dog. The story goes, Pavlov would ring a bell (what we psychologists call the “conditioned stimulus,” i.e. the stimulus that had no prior meaning) then he would feed his dog (the “unconditioned stimulus,” i.e. the stimulus that has inherent value). 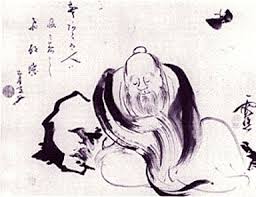 As any person who’s ever experienced puberty, you’ve likely been told, “Hey. Remember that even the ugly, hairy caterpillar turns into a beautiful butterfly one day.” But when you really think about it (not your puberty–that’s probably something we’re all best to forget), you have to wonder: how does that caterpillar actually turn into a butterfly?

Yeah there’s something with a cocoon (it’s actually called a “chrysalis”), then there’s some magic, then BOOM. Butterfly.

But scientists aren’t the biggest fans of magic and have actually cut into the chrysalis, and what they find is rather shocking: a bunch of goo.

Yep, as gross as that sounds, the caterpillar goes inside, its whole body melts/disintegrates into this insect jelly, and then it comes out a butterfly. Now, among many questions this poses, the one integral to this post is whether or not the butterfly remembers anything of its past life.

So researchers, using classical conditioning, would present a bunch of caterpillars with a strong smell then proceed to shock them. Odor, shock. Odor, shock. They did this over and over until the caterpillars would start to immediately squirm away from the source of the smell as soon as they sensed it.

The researchers then let the caterpillars make their chrysalis, dissolve into their pod goop, then come out a butterfly. And what happened when they introduced that smell to the butterflies? They beat their wings like crazy to try to escape it.