[Everyday] Psychophilosophy » How the CIA Predicts the Future 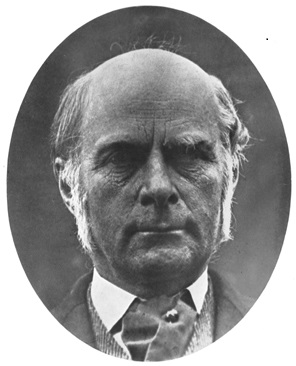 Nobody ever went broke underestimating the intelligence of the American
public. — H. L. Mencken

What if the fate of the United States’ geopolitical interactions could be determined by the weight of a dead ox?

All right. You’ve think I’ve lost it. The pressures of grad school, the excess of coffee, the lack of sunlight (curse you, Ohio, and your never-ending winter). But bear with me here. Everything’s going to make sense.

Well, as most as it ever does.

First, let’s return to the dead ox, and then work our way up to the world-changing decisions of the most powerful country in the world.

Back in 1906, Francis Galton (a famous statistician, who, over a hundred years later, would unknowingly cause me astounding amounts of grief via my stats homework) was at the county fair where they were hosting a competition to see who could most accurately guess the weight of a dead ox.

And while none one’s guess was remarkably close to the actual figure (1,198 pounds), he had an interesting thought: what happened if you took everyone’s individual score and averaged them together?

The resulting calculation: 1,197 pounds. (In case you’re the laziest person in the world and refuse to look upward half an inch, that is only one pound off the actual figure!)

Galton explained this phenomenon through mathematics that can be roughly understood as follows:

When people make guesses, they are either going to be above the actual value or below it. This distance, then, from the actual score can be called error. And when you average all the scores together, the error cancels each other out (those above account for those below) and you’re left with something close to the true value.

A few years ago, an ex-professor from Ohio State University wondered if you could apply this principle to other things–like the probabilities and expectations of international outcomes.

Titled “The Good Judgment Program,” this professor, Phillip Tetlock, gathered around 3,000 random individuals from across the country—pharmacists, janitors, kindergarten teachers—gave them a brief course in probabilities, then proceeded to ask them what they thought the odds were, say, on how likely Russia would invade Ukraine

And guess what? The figures averaged across all the individuals—individuals without classified information, without extensive training in the subject, just google searches and their own intuition—are 30% more accurate than the top experts working for the CIA.

Besides the mathematical principles of error, this Good Judgment Program also benefits from the fact that there are no collective agendas across such a diverse group. Whereas CIA members’ estimations may be biased by expectations (what their superiors expect, what the trend of thoughts around them indicates, what would be most beneficial to the country), these random individuals don’t have such investment.

Thus, the old saying “three thousand heads are better than one” may be more accurate than you think. Now, if we could only apply such a principle to lottery numbers…