[Everyday] Psychophilosophy » Coloring Between the Lines 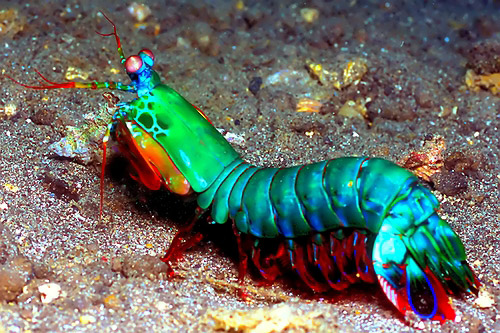 The soul becomes dyed with the color of its thoughts. — Marcus Aurelius

Do you know what a group of bunnies is called? A fluffle. Doesn’t that fact automatically improve your morning?

Unfortunately, bunnies have nothing to do with today’s post; however, this post will nonetheless be entertaining, informative, and concise—which likely can’t be said about the rest of your day.

Continuing from last week’s post, we’re going to talk about vision. For how could you ever spot a fluffle if you couldn’t see one?

As you may well know, not everyone sees the world in the same shades of green—literally; that’s not even a saying—for as a fact, about 1% of women and 10% of men are color deficient (I’ll explain this discrepancy later).

Now, note how I didn’t say color blind—true color blindness would be a complete absence of color (called achromatopsia) and is exceedingly rare. A color deficiency, however, is what people mean when they say someone is color blind.

The cones in your eyes, that is, the color-discerning photoreceptors (what? you didn’t know this? go read last week’s post; I’ll wait for you), come in three types: red-sensitive, green-sensitive, and blue-sensitive, each of these working together to produce the spectrum of colors we see daily.

For comparison, dogs only have two types of cones: blue-sensitive and green-sensitive. So even though the common misconception is that dogs don’t see colors, they do—but only in shades of blue and green (a good tip: if your dog’s toy is red, it will be hard for him/her to distinguish it from the surrounding environment, especially if that environment is green).

As humans, most of us have a fully functioning third, red-sensitive cone. And even though the addition of just one cone doesn’t seem like much, it is hugely important—it increases our color vision by 900%!

But wait: it gets even cooler.

The genes that produce these red/green/blue-sensitive photopigments are carried on the X chromosome; thus, women (with two X chromosomes) are less likely than men to suffer from color deficiency, because if a color-producing gene gets damaged, they have an extra chromosome that can replace it.

Or in some instances, produce a new photopigment that 99% of the world doesn’t possess.

In very rare instances, women may have a fourth photopigment (making them a tetrachromat compared to us regular trichromats) that allows them to see colors we can’t even imagine. For example, one interview with a functioning tetrachromat revealed that she sees something like a “red haze” around clouds against a blue sky.

Unfortunately, because color is a private experience, we will likely never be able to know how these tetrachromats really see the world. But if you want to try imagining what it could be like, don’t stop yourself there: