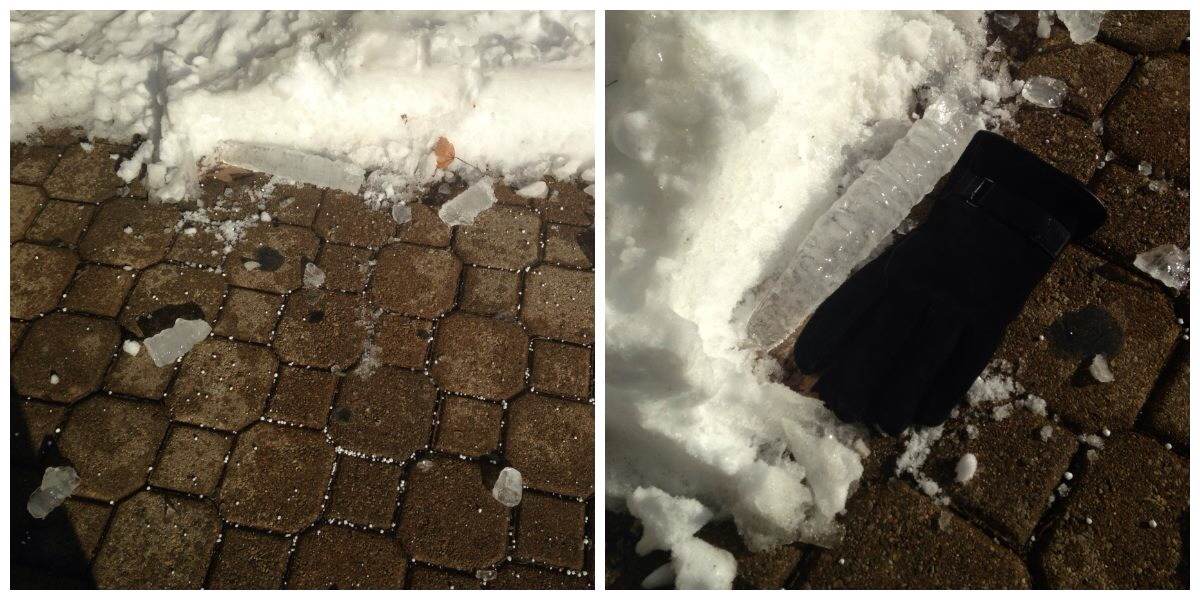 He is one of those people who would be enormously improved by death. — Saki

In the end, no matter how famous you are, how much wealth you’ve accumulated, the vitamins you’ve taken, the exercises you’ve done, you’re bound to die.

Yes, it’s going to be one of those posts.

The other day I was walking into my building where I work–the building I walk into every day–when, with my fingers around the door handle, a thunderous crash sounded behind me. Instinctually spinning, there were the remains of a massive icicle.

About as long as my forearm and a couple inches in diameter, lay the shattered sections of a frozen stake. It had fallen from the top of my building (which is well over three stories tall) and had left an impact on the cement directly where I had walked two seconds prior.

Had one thing changed in my day–had I not brushed my teeth as long, had I not paused to watch a bird–that icicle could have directly struck the top of my head, in which case, I would likely be laying in a hospital rather than typing this.

After I realized my most mundane and arbitrary encounter with death, I stood there, awestruck, and took in every moment around me. Considered every event that had led to that exact instant.

In psychology, there’s a principle called “mortality salience,” in which researchers make participants aware that they are mortal creatures certain to die. And when they remind participants of this, the researchers find two very interesting things;

1) When made aware of your mortality, you are more likely to embrace and support your morals. For instance, after people are made to write a few sentences about what they think will happen when they die, they are much more supportive of the government and virtues like selflessness and generosity.

2) At the same time, though, “mortality salience” also makes people more punitive of moral transgressors. For instance, after legal judges wrote about their imminent death, they set the bonds for prostitutes at $450, whereas those who didn’t write about their deaths, only set it at $50.

In fact, researchers did similar studies, but instead of having participants write explicitly about their deaths, they simply interviewed participants in front of a cemetery or farther down the street where you couldn’t see it.

Amazingly, the researchers found the same moral supportive and punitive effects when participants were subconsciously aware of the funeral home.

Now, although I wasn’t going around professing my morals or condemning sinners after nearly being killed by a random act of melting ice, I was nonetheless made ever thankful to be alive–a state of appreciation I take for granted much too often.