Effects of Our Biases

Everyday Psych » Effects of Our Biases
by Jake

Last week we talked about implicit bias, what it is and how it’s measured. Today, we will discuss some of the consequences that can follow from it.

First, although ‘implicit bias’ is often used in regards to race (like the examples in last week’s post), you can have an implicit bias against anything: a sports team, people of a certain profession, those who practice a particular religion, etc. Regardless of the target, though, these biases can lead us to interpret ambiguous situations (which our world is full of) in line with that bias.

For example, if you were walking down the street when a shadowed figure said something to you sounding like “died,” because you have a negative, implicit bias against strangers in shadows, you are likely to be certain he did say “died” in some kind of threat against you.

In reality, however, the man simply said your shoe was “untied.” 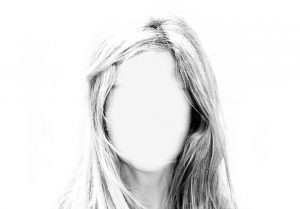 We grow up believing that what we see and hear are true representations of reality, when in fact, any information from any of your senses is processed in the brain through layers and screens of biases and personal beliefs—no matter how hard you try to be objective.

But one’s implicit bias doesn’t only shift our memories; it can also affect our perceptions of the ongoing world around us.

Across four separate studies in this single paper (and multitudes of papers have since replicated these findings), participants were quicker to shoot a black (vs. white) man with a gun, and more likely to mistakenly shoot a black (vs. white) man holding a tool. That is, our stereotype “black men are dangerous” naturally creates a negative implicit bias toward black people, influencing us to see a weapon when it was really just a wallet.

In fact, this ‘shooter bias’ has been shown with other groups, too; for example, men wearing Islamic headdress are quicker to be shot and more likely to be mistaken for a holding a weapon than those exact same faces without the headdress.

In sum, whether one’s implicit bias is against someone’s race (or against someone’s profession, e.g., negativity toward police officers), it will distort our perceptions of reality, which could result in behaviors that lead to or directly result in dire consequences.

However, even though these biases operate beneath our conscious awareness, next week we’ll discuss ways to help reduce them.

Even biased himself,
jdt

Psychophilosophy to Ponder: What are some explicit biases (i.e., the biases you’re consciously aware of) that likely influence your interpretation of ambiguous situations? For example, how quick are you to denounce an opposing political member embroiled in an ambiguous offense? When watching sports, how often do you interpret ambiguous fouls in favor of your preferred team?