Emotion, What are Thee?

Everyday Psych » Emotion, What are Thee?
by Jake

Lately, I have been a bipolar Ferris wheel of emotions.

My upcoming candidacy exam. The finale to True Detective. My romantic life (yes, I have one of those…well, kind of). Like anyone, though, we are used to these cycling emotions—though, maybe not in such rapid and voluminous succession.

But have you ever stopped to ask yourself: what really is an emotion?

For as much we experience them, when you really try to think about it, they’re pretty hard to define—even researchers to this day debate the topic. 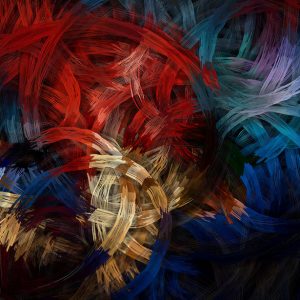 Dating back to the 1800’s with William James (the father of psychology) and Charles Darwin (I’m assuming you know him), there has been contention over what exactly an emotion is.

Some of the earliest definitions define emotions as “adaptive behavioral and physiological response tendencies that are called forth by evolutionarily significant situations.”

That is, emotions are our biology’s way of telling us, “Hey! Look at that thing! It’s important!” Similar to how pain informs us we’re doing something our body doesn’t like, so do emotions tell us to continue doing what we’re doing (as when we’re happy) or try to fix the way things are (as when we’re sad).

Essentially, emotions, conceived this way, are the most primitive aspects of our nature telling us what to approach and what to avoid.

For example, researchers took people who have a phobia of snakes and connected them to a machine that detects nearly imperceptible changes in one sweat’s glands. The researchers then presented these participants with pictures of snakes and watched as they started sweating (a sign of fear) at rates faster than they could consciously perceive the picture!

That is to say, the brain, at its most primitive, instinctual level was able to communicate that the person should avoid/run away from the snake before s/he was able to make that thought themselves.

However, as our brains have evolved into more complex computing machines, we need our emotions to direct us more accurately than “avoid predators” and “approach food.” And because of this, many researchers believe that emotions are intrinsically tied to our goals.

For example, many researchers ascribe to the notion of Self-Discrepancy Theory. That is, when we compare our current status on a goal (e.g., our current level of knowledge for a candidacy exam) to our ideal status on a goal (e.g., what we wished our level of knowledge to be for this candidacy exam), this discrepancy, or difference between the current and ideal state, informs our emotions.

So what emotion am I feeling right now?

I’m going to treat that one as a rhetorical question.