Evil in His Eye

Everyday Psych » Evil in His Eye
by Jake

It’s man’s own mind, not his enemy or foe, that leads him to evil ways. — Buddah

My blood’s a little warmer. There’s an elusive gleam in my eye. The world seems primed for my conquering.

In social psychology, our focus is often on the context of the situation and how these transient factors can influence people. However, another key component of our research is peoples’ stable personalities.

And in the field, one particular set of personality traits compose what’s known as…

As the name implies, there are three distinct personality measures that combine to make one malevolent individual. But taken together, high scores on these three traits indicate an unceasing self-reverence and a remorselessness toward exploiting others. However, individually, each trait has its own unique characteristics.

The first we’ll discuss is narcissism. 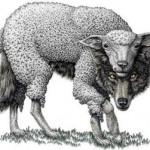 More than just your average use of the word for someone with a big head (hey, I heard that!), clinical narcissism entails excessive self-love, an extravagance of confidence, and a general believe that he (The Dark Triad is predominantly apparent in men) is superior to everyone else in the world.

As with most of the traits in The Dark Triad, narcissists are often very charming and tend to attract those with low self-esteem. However, with such self-focus, narcissists often become toxic in their relationships, always attending to themselves before others.

Still, narcissism on its own is tolerable. When combined with Machiavellianism, however, is when things gets troublesome.

Machiavellianism (named after the famous politician himself) is the tendency to see all social interactions, all personal relationships as an opportunity for manipulation. Machiavellians perceive others as objects, utilitarian pawns to be convinced and persuaded, emotionally and socially, to the whims of the Machiavellian.

And the scary thing is: Machiavellians are really good at it.

Combined with narcissism, they’re the fun loving, outgoing people at the party that are internally calculating every favor they do and joke they tell for the strategic implications it will have on promoting their own success.

Still, those are only two of the three traits in The Dark Triad. And without the last, a person will never be as vile as they really could…

Psychopathy is the biological inability to feel empathy or remorse. In general, psychopaths don’t experience a depth to emotion, so they often appear fearless, seeking out dangerous or confrontational scenarios for psychological stimulation.

Combined with the other two traits, the person will not only be charismatic and exploitative, but he will also have zero concern for what he does to others in order to accomplish his own desires, often employing violence to get what he wants.

So now that you’ve learned all about The Dark Triad, you’re probably wondering how you yourself score along these traits, and to find out, take this short quiz: http://personality-testing.info/tests/SD3.php

And if you’re wondering what I scored, clearly you’ve never heard of Jake Teeny All American Boy. Or is that just the greatest cover anyone could devise…?