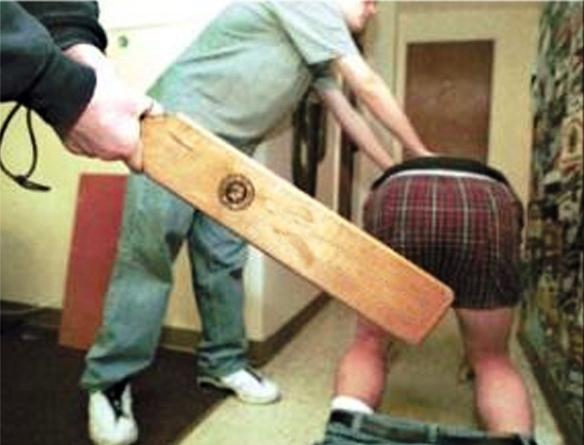 It is a happy faculty of the mind to slough that which conscience refuses to assimilate. – William Faulkner

On December 9th, 2013 Michael Deng, a freshman pledge for the fraternity Pi Delta Psi, participated in an initiation ritual called the “glass ceiling.” For it, he was blindfolded and strapped with a 20 pound backpack as he tried to run a predetermined course. However, during the process, the other fraternity brothers continually shoved him to the ground, one of these pushes to slam him down such that he never rose again.

As deplorable as what happened to Michael, fraternities and sororities are infamous for their hazing practices—acts often far more heinous or grotesque than the aforementioned one: stories of pledges being forced to exercise naked while being verbally ridiculed, or to swim through pools of rotten food, garbage, and excrement.

And when we learn of things like this, we naturally wonder: why would anyone ever subjugate another human to such things?

But if you remember cognitive dissonance from last week’s post, it may make more sense.

In undergrad, I asked a fraternity member what it was like to go through the hazing process, and he responded, “It was the best time I’d never want to do again.”

With hazing as our example, cognitive dissonant (the simultaneous holding of two discordant thoughts) applies directly to the pledge: 1) This hazing process is a terrible experience, but 2) I willingly choose to do it.

Thus, the primary justification for his behavior is: I must really want to be in this fraternity. In order to explain why one would endure such displeasure, the most “natural” explanation is one of dedication to the group.

Hazing, whether that be in the form of adolescent humiliation, army boot camp, or even the “grunt work” at a new company, relies on cognitive dissonance to foster the thought: “Considering what I’ve already done for the group, I must really love it to have done that.”

Related to this aspect of cognitive dissonance, let’s examine a radically different example.

Imagine you’re at a lot trying to buy a new car, but there are two, if asked to rate, you give a solid 8 out of 10. Back and forth you go, first comparing one’s price to the other’s features, one’s gas mileage to the other’s safety rating. Finally, though, you decide on the car you want.

And suddenly, after making your purchase, you rate your selected car now a 9 out of 10, while the other car gets degraded to a 6.

Even though just moments ago, the two cars were so equivalent you couldn’t decide between them, once you made a definitive choice, the car you selected was clearly the right decision, while the other car was totally a worse option.

To ensure we’ve made the “correct” decision, cognitive dissonance tricks us into thinking we made the right choice by further degrading alternative options we could have selected and further bolstering the one we actually made.

So now that you’re armed with a fuller understanding of cognitive dissonance, is there any decision in your life that is accurately evaluated for what it is?