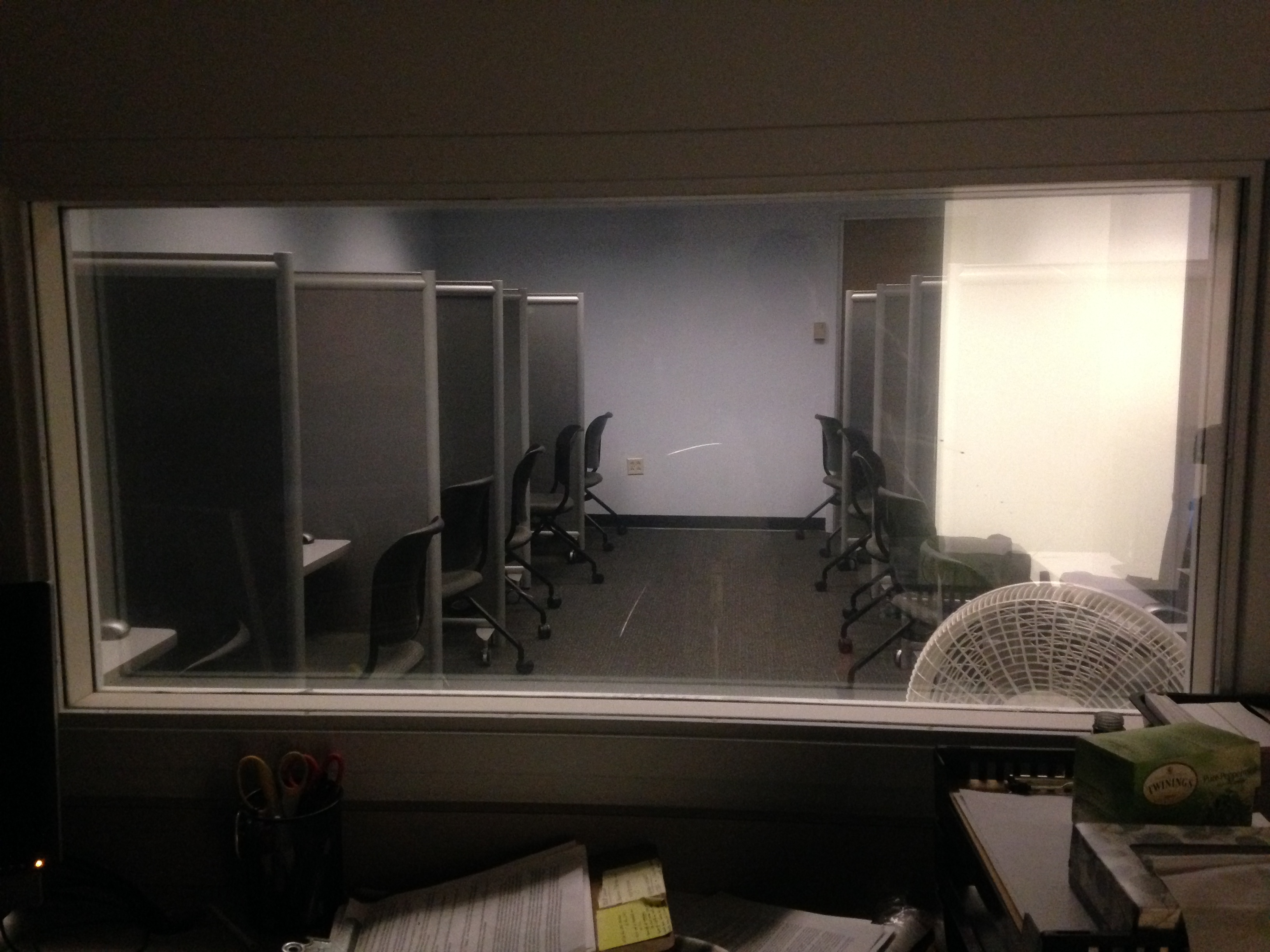 The most exciting phrase to hear in science, the one that heralds new discoveries, is not ‘Eureka!’ but ‘That’s funny…’  — Isaac Asimov

After nearly four months of graduate school, I finally ran my very own psychological study.

I stood in my building’s lobby, summoned my participants, guided them to the computers with my very own program installed, and then watched through a one-way mirror as they clicked and typed away.

And let me say, that fulfillment of contributing to knowledge, of sinking my teeth into that wet fruit of science, plunging my fingers into the data, the facts, the truth…was actually pretty terrible.

The day began with bad omens when after four hours of squirmy sleep (I was up till 2:00am trying to solve an error in my computer program that literally began with, “This is not good”) I shattered one of my roommate’s wine glasses. Ugh.

Pushing that blunder for later, I made it into school to prepare the computer lab for my 8:00am participants. However, as I went to swipe myself in, I realized I didn’t have my ID card.

Probably the most fundamental part of an experiment is that the participants actually, you know, participate in the study. However, that is quite difficult when the universe decides it’s a chuckle shy of quota for the month and misplaces the ONE thing I needed that morning.

Fortunately, I had found a Canadian penny recently (heads side up—never stoop for a penny tails side up: it’s terrible luck), and a lab mate just happened to be around to open the doors for me.

Nonetheless, that was the last squeak of good luck I would have the rest of the day.

Of the nearly 200 participants that signed up to take my study, only 80 actually showed. And of those 80, there were a few who simply left in the middle of the experiment. Another who gave me such an intense death stare as I read the directions that I assumed I would find her later that night as a shadow with a knife.

And then there was this one little…little…illegitimately born participant with a diminutive male feature who has acted upon amorous intentions for his mother.

He sat at the computer, right in front of me, and clicked through every answer without reading a single question. Should his finger have had more fast-twitch muscles, he would have finished the 15 minute study in 30 seconds, rather than the two minutes he actually spent.

And the worst part of my day? Just as I thought life couldn’t get any more unpleasant, a girl approached me and asked if I could open her water bottle for her.

But after running participants every half hour from 8:00am to 6:00pm, I can officially call myself a scientist (though, not a man after failing to open that water bottle). And becoming a scientist is the true reason I’m out here.

And because your sanity is only so durable while living with your parents.