Not necessity, not desire — no, the love of power is the demon of men. Let them have everything — health, food, a place to live, entertainment — they are and remain unhappy and low-spirited: for the demon waits and waits and will be satisfied. – Friedrich Nietzsche

Whether you want to admit it, the powerful often get what they want. Regardless of others’ opinions or wishes, those who have power have their desires.

But why is it that the powerful tend to get what they want? Part of it, sure, as we discussed last week has to do with the definition of what it means to be powerful, i.e., to have greater access to valuable resources.

However, simply having access to what you want doesn’t mean you actually get it. The powerful need to take action if they’re to sate their appetites. And in fact, that’s exactly what the powerful do.

There are three primary tenants of how power influences our psychology, but the one we’ll be talking about today is probably the most well documented effect. That is, power leads to action.

One of the reasons we find that “power corrupts” is because when the powerful want something, they go after it.

In one study, researchers brought participants into the lab under the pretenses of participating in two different studies. In the first experiment, half of the participants were asked to recall a time they felt power over someone; the other half recalled a time someone had power over them.

Amazingly, merely recalling either an instance of power or powerlessness is enough to put you in a psychological state that corresponds to the situation you recalled (a process which works through priming). 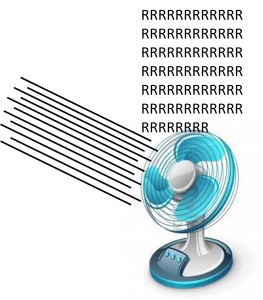 After this “first” experiment, participants are then moved to another room where they fill out a bogus personality quiz. Importantly, though, while they’re answering this survey, on the desk is a loud and strong fan blowing right in their face.

The question then: Who would be more likely to take action and turn off the fan?

But this effect extends beyond turning off annoying fans. For example, those who feel high power are more likely to initiate physical contact in conversation, to flirt (and be promiscuous more generally), to speak louder and more frequently, to more actively seek out their goals, to make riskier decisions, and—in an actual, empirical study—more likely to park their car like someone you would hope would get towed.

Now, the other two tenants of power we didn’t discuss today will be covered next week. And really, they help to explain why power leads to more action. And when you understand that, you’ll understand why the powerful often “just do what they want.”