The greatest enemy of knowledge is not ignorance, it is the illusion of knowledge. — Stephen Hawking

In the early hours of Wednesday morning, one of the greatest thinkers of our time passed away. Astrophysicist, philosopher, and philanthropist, Stephen Hawking made a significant impression on this world with his insight into the mechanics of the universe. 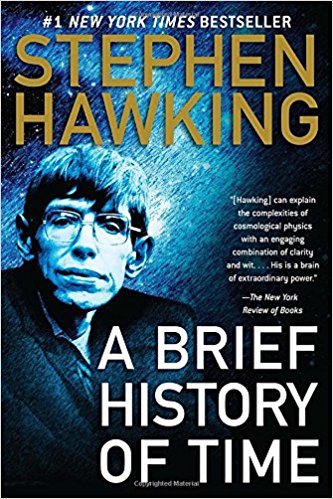 But you don’t need to be a Cambridge professor to have benefited from Hawking’s theorizing; his popular book, A Brief History of Time, made physics accessible for millions. But even more so, Hawking contributed to the general populace through his advocacy of science and rational thought.

So today, we’re going to honor Dr. Hawking with an examination of a specific human behavior that subverts both of those things: what psychologists call ‘bulls****ing.’

Although it may seem like I’m trying to be sensational with this term, it is actually the official word researchers use. To understand what I mean, though, let’s first compare BS to lying.

Lying is when you know what the truth is (e.g., studying hard will improve your grade) but then intentionally provide information that isn’t true (e.g., “You don’t need to study; come party!”).

Bulls****ing is when you don’t know what the truth is (e.g., you don’t know anything about physics) but you provide information about it anyways (e.g., “Quantum mechanics describes consciousness as a superposition of possibilities”).

Lying requires a deliberate twisting of the truth, whereas bulls****ers have no concern for the truth; they simply want to express insight to impress others. For example, let’s consider Deepak Chopra, one of the wealthiest advocates of alternative medicine and largely considered to be one of the greatest BS artists.

Deepak has made millions of dollars by peddling statements that sound profound but really don’t have any meaning. For example, consider this one from his twitter feed:

At first blush, that may sound “profound,” but when you really consider the meaning, what is it?

In a paper from 2015, researchers wanted to better understand who falls for BS like the Deepak quote above, and so they presented participants with one of three types of statements:

BS statements (e.g., “Imagination is inside exponential space time events”– an actual Deepak quote), real motivational statements, (e.g., “A river cuts through a rock, not because of its power but its persistence”), and mundane statements (e.g., “Most people enjoy some sort of music.”).

Afterward, they had participants rate how profound they were.

Primarily, the researchers found that the more participants relied on their intuition or “gut” to answer questions in their daily life (partly measured by a psychology test known as the CRT), the more susceptible they were to thinking the BS statements were actually profound.

In other words, the less people tend to reflect on or analyze information (compared to simply going with what “feels right”), the more likely they are to endorse BS statements as truly insightful.

IS THIS A PROBLEM? 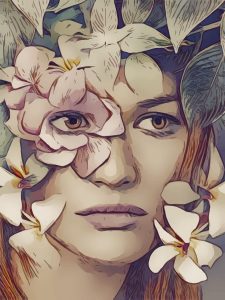 After reading this, you may think that so long as people find meaning in the statements, that’s all that matters. And that’s true to a point. However, when people reject actual medicine in favor of profound-sounding treatments, or they spend thousands and thousands of dollars on insight that won’t really improve their wellbeing in the long-run, it becomes an issue.

So, in the vein of the most analytic Stephen Hawking, ensure that you truly reflect on information or insight you come across. If you can’t understand the actual reason for valuing or trusting it, then you probably shouldn’t.

Psychophilosophy to Ponder: Although we talked about BS in the context of these profound-sounding statements, you can think of bulls****ing in other circumstances, too. For example, I’m sure we all have that friend who seems to have advice about everything. Next time he or she says something that doesn’t make total sense to you, (1) ask them how they came to have such knowledge, and (2) ask them to explain it in another way. If it’s BS, you’ll smell it immediately.