Controversy is only dreaded by the advocates of error. — Benjamin Rush

As someone who explicitly researches the psychology behind advocacy, I can confirm: widespread social change is hard to initiate. People become very comfortable with the status quo and how things are, the old adage “If it ain’t broke, don’t fix it” one of people’s favorites.

But if you look at today’s social climate, there is one area that is changing rapidly: the recreational use of marijuana.

So how does something go from strict illegality to being sold on corner street shops in only a handful of years? Of course social psychology has some answers to this. 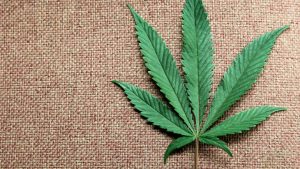 Back in the 1700’s, hemp (the plant that marijuana is derived from) was extensively used in the production of rope, clothing, and other fiber-based products. And after the Civil War, marijuana itself (which consists of the flowers and leaves that come from hemp) was a popular ingredient in medicinal products—products openly sold in pharmacies across the nation.

However, after the Mexican Revolution in 1910, the US was inundated with immigrants from Mexico who, in turn, introduced the recreational use of marijuana. And here is where fundamental principles of group psychology (principles that were far from understood) led to the banning of the substance.

One of the most basic tenants of human psychology is our immediate inclination to categorize people as “us” vs. “them.” That is, whenever we first meet or view a person or collection of persons, we either associate them with ourselves (the ingroup) or we classify them as others (the outgroup). And this simple distinction carries floods of implications for how we view and act toward people.

For example, a classic study first had participants look at one of two abstract paintings: one drawn by Paul Klee and the other by Wassily Kandinsky. Participants were then asked to choose their favorite, and then they were divided into groups based on their preference.

A little while later, participants were informed they would be participating in another judgment task, one in which they had to assign payouts to various participants from the study. However, the only information provided about these participants was whether or not they liked the Klee or Kandinsky paining.

Presumably, the participants should have doled out the money equally between all the participants (i.e., they had no substantive information about them); however, 75% of participants gave significantly more money to those who liked the same painting they themselves liked.

That’s how powerful group divisions can be. Something as completely irrelevant as one’s preference for nonsensical paintings is enough to make you help one group more than another.

In the case of the Mexican immigrants, though, these people were very different from the American public (language, skin color, culture, etc.), and so it set up a very sharp division between ingroup members (Americans) and outgroup members (Mexicans).

And because we have this inherent negativity toward outgroup members, anything distinctly associated with them (namely, marijuana) was also perceived negatively. And within two decades, a drug that was widely heralded for its medicinal value, was banned across the nation.

But this discussion was only a cursory one abou marijuana’s demise. In the following weeks, we’ll examine other psychological factors that contributed to its negative perception, and then subsequently, its rise back into social acceptance.

For more information on marijuana in a variety of contexts, and specifically in regards to Mexico, you can see my friend’s website at http://deviateddocs.com/