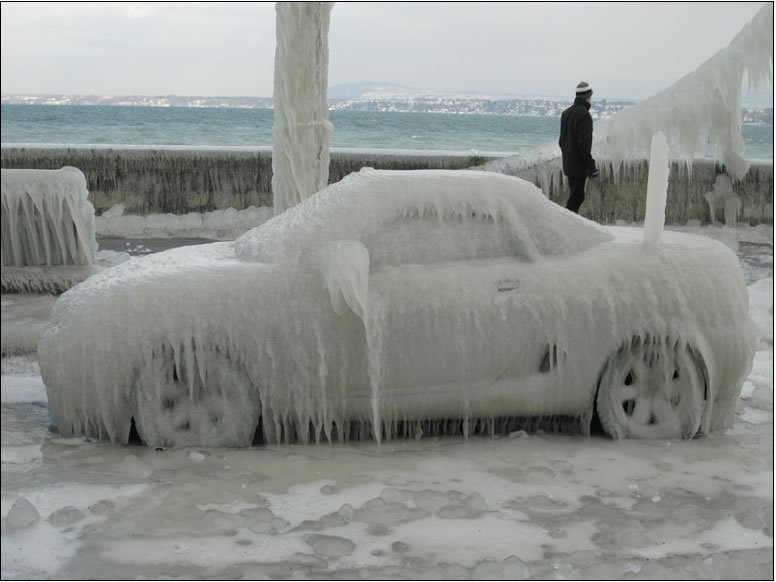 Believe that your life is worth living and your belief will help create the fact. – William James (the father of American psychology)

For all my West Coast readers, let me say: the cold and snow ain’t fun. Recently, I went to hop in my car and pick up some groceries, when I unlocked my door, but my door didn’t open.

No problem, sometimes it sticks in the cold.

Puzzled (and getting chilly) I whipped out my phone to google how to unfreeze frozen doors.

So taking his/her advice, I slammed my shoulder into my door (to break up the ice beneath it—I’m not insane, here).

However, my door had other plans.

Next, I meticulously lugged buckets of warm water up and down our backdoor, fire escape stairs (no easy feat) and slowly, gently poured it down the crease of my door.

Frustrated and hungry (remember: groceries) I was about to resign when I thought:

“Did I try turning my key the other way in the door?”

Beep, beep. The door opened as if I unlocked it. Which I had. For the first time.

This little anecdote illustrated the psychological principle we discussed last week: confirmatory hypothesis testing, where our preconceived notions of how something should be influences the way we attempt to discover whether or not it is.

But how can your preconceived notions affect other people?

Back in 1966, two experimenters, Rosenthal and Jacobson, came up with an idea: What would happen if you simply believed a child to be smarter? Would he or she fulfill that expectation? Were self-fulfilling prophecies even real?

Going to a public elementary school, the two experimenters had six different classrooms take an intelligence test. Then, rather than revealing the actual scores to the teachers, Rosenthal and Jacobson made them up. That is, they randomly told the teachers that 20% of the students were “particularly gifted.”

Remember, though, by randomly selecting these children, some of the kids were in fact actually smart, some were the opposite of that, and most were right in the middle.

Eight months after this initial test, the researchers came back to the school and once more administered an IQ test. And what they found was rather astounding: the random children who had been labeled “gifted,” on average, had a significantly higher IQ than the rest of the class.

But how is this possible? They were randomly selected. They should have been equally mediocre!

As we’ve been discussing with hypothesis testing, the teachers, who believed those children to be extra smart, were, for example, less likely to punish those kids, more likely to give them direct attention, provide them with specific feedback, make up excuses to accommodate any deviant behavior.

Just as I behaved as if my car door were actually frozen, so did these teachers behave as if these children were in fact “particularly gifted”—fulfilling the prophecy by their own actions rather than the prophecy “fulfilling itself.”

Isn’t this blog just the coolest? More next time…