If you believe everything you read, better not read. — Japanese Proverb

Spring, how glorious thou art. Birds all a flutter. Trees of blooming pink. Warmth and breeze and gaiety and love. But behind every flitting bird is an animal ready to poop on your car. And all those blossoming trees? Just little white flowers you accidentally step on and later have to pick out of your carpet.

And warmth and love and gaiety? Yeah, we know that’s all a load of malarkey. 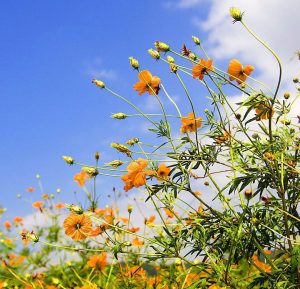 Now, you may be wondering why a guy as chipper as myself could suddenly sound so negative. Well let me tell you: I plan to make skeptics of you all.

There’s a famous example of a study that “showed” that as the number of ice cream sales went up, so did the number of murders. The obvious connection, then, is that fudgesicles make you a homicidal maniac.

But this type of study in psychology is called a “correlational” study. And what psychologists learn from day one is that correlation does not equal causation.

Correlations look at the data sets for two different occurrences, so in this instance, one set of data would track the sale of ice cream over time and the other would track the murders.

For example, you can imagine ice cream sales being pretty low during autumn and winter but picking up in spring and accelerating greatly during summer.

You can then imagine something similar with murders. You could look at murders over the year and see when they escalate and when they decline. And when you compare the murder graph with the ice cream graph you see they both increase around the same time.

Thus, we draw the conclusion: the consumption of ice cream must be causing increased murders.

But if you were to look at the graphs, you would notice that both the increase in ice cream sales and murders both happen during the summer. While eating ice cream during the summer makes intuitive sense, research shows that the hotter people get, the more frustrated they become. The more frustrated they become, the more likely they’ll be aggressive. And the more aggressive they are, the more likely they’ll commit murder.

So as you can see, even though ice cream sales and murder are correlated (when two sets of data are “linked” together) ice cream is not causing the murders.

The news loves to report these correlations as causal links. For instance, an article I read recently stated that those who drink more than four cups of coffee a day are more likely to die sooner–their article claiming that coffee is causing the earlier deaths. But don’t you think the type of person who drinks four cups of coffee a day probably has a pretty anxious work schedule, probably isn’t getting that much sleep, and probably isn’t eating healthily?

So the next time you see a news article say, “Eating [enter food here] causes [enter negative outcome here]” or “People who are [enter personality type here] do [enter random activity here]” treat it with some skepticism.

Just as you should with all of my posts…