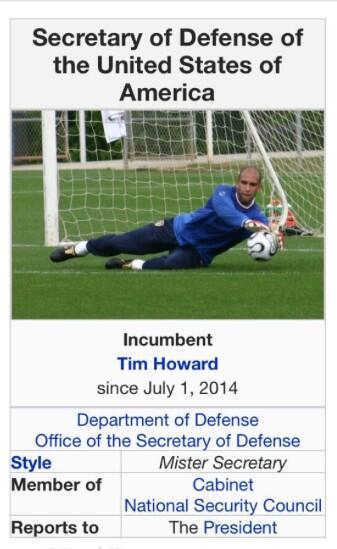 America was not built on fear. America was built on courage, imagination, and an unbeatable determination to do the job at hand. — Harry S. Truman

If you were a good American and free at 4:00pm EST on Tuesday, you saw the United States’ national soccer team fight valiantly but ultimately lose in the World Cup. And if you were a true American and have a mother who likes to make shirts and mail them cross-country, you would have whooped and hollered while decked out in red, white, and blue.

With all this electric, national pride, what’s interesting is that even with all of humans’ cognitive development, our conscious awareness and evolved rationality distinguishing us from the “animals,” we still indulge in these primordial urges to root and roar that “my tribe” is better than “your tribe.”

From an evolutionary perspective, it makes sense, though. In our early stages on this planet, we could only survive in groups. Lions are bigger and faster. A sickness could incapacitate you. Humans, no matter how muscled or skilled in the ways of Chuck Norris, could only survive in numbers:

With multiple people, we could strategize; help one another when fallen; provoke intellectual growth.

In fact, studies have shown that the primary reason dogs are more intelligent than cats is because they are more social creatures, and social creatures need more brainpower than solitary ones. (Have you ever had a group project? Cooperation and coordination require a lot of effort and intellectual foresight. And restraint not to murder your partners.)

As a congregation of humans grows, however, factions start to emerge within the encompassing group. For instance, at the macro level, we have countries vs. countries, but as you break it down—states within countries, cities within states, neighborhoods within cities—further groups develop.

And all of them, no matter how big or small, unite over one thing: resource management.

Whether that is the land to live on, the food to eat, or the entertainment sought, each group wants to secure the resources it needs for its flourishing.

Even though events like the World Cup don’t determine what resources we get, it still reinforces that notion of “my group” vs. “your group.” And what’s particularly enticing about these international competitions is that they connect everyone across America—regardless of the squabbles between smaller groups—on one cause. And in this regard, we feel “group unity” at our most core group identity.

For even if you change states, join a different social group, switch political parties, you are still an American. And that pride, that solidarity is what allowed humans to ever exist in the first place.