How to Stay Focused Longer

Everyday Psych » How to Stay Focused Longer
by Jake

Concentration is the root of all higher abilities. — Bruce Lee

Do you ever get halfway through a page, only to have no memory for what you just read? In long meetings, do you often daydream that you’re a secret agent or a professional musician or lying on a secluded beach?

Concentration and mental focus is arguably one of the most important psychological skills you can cultivate. From success in school to reading this post to completing work at your job, everyone can use a little more mental constitution.

So first, here are some basic suggestions to help improve your concentration: 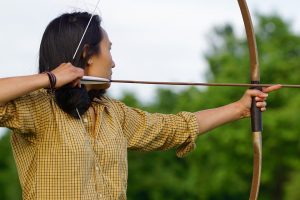 Choose the right time of day: being a “morning person” or a “night person” is a real thing, and depending on which you are, you’ll have more energy to focus during your peak hours

Get enough sleep: for example, sleep deprived drivers are about as skilled at focusing on the road as those who have been drinking

Don’t multi-task: humans can only focus on one task at the same time; that is, it may seem like you’re able to keep your attention on multiple things simultaneously, but really, your singular attention is just rapidly switching back-and-forth between tasks

But in addition to these general tips to heighten your mental focus, there are also some training procedures you can do to improve it, too.

For example, researchers put participants into a brain scanner and monitored their neural activity as they studied pictures of faces and scenes. After getting some baseline data about the participants’ brains, the researchers were then able to use neural patterns to determine (in real time) when the participants became distracted.

At which point, the researchers would inform the participants that they were losing focus.

Throughout the training, the researchers continued to provide this feedback, and as the experiment progressed, participants themselves better recognized when they were losing focus. And compared to groups who didn’t receive this feedback, the trained participants were subsequently able to maintain their concentration significantly longer.

Now, I know you don’t have a brain scanner in your living room to practice this yourself; however, you can do a similar activity with a pen and paper. That is, when you sit down to do something that requires concentration, tally on a piece of paper every time you notice you’ve become distracted.

By drawing your attention to these instances, you will start to learn the “signs” that you’re losing focus, and you’ll become better equipped to get back on track.

In addition to this practice, however, there is another way to improve your concentration that comes from thousands of years ago; namely, mindfulness. 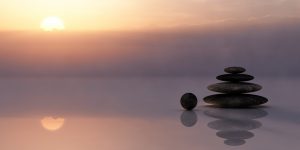 Mindfulness is the practice of bringing one’s attention to the present experience on a moment-by-moment basis. And in one study on how mindfulness improves concentration (and there are plenty), researchers recruited two groups of U.S. soldiers and taught half of them mindfulness training, while the other half received unrelated training.

After eight weekly 2-hour sessions (and a full day mindfulness retreat) the researchers gave both groups the Sustained Attention to Response Task, which tested participants’ ability to press a key when certain numbers appeared and refrain from pressing it for others.

As you may have surmised, those who practiced mindfulness not only reported less mind wandering during the task, but they also objectively outperformed the other group by about 30%!

One of the great things about working to improve your attention is that practicing it in one domain (e.g., reading difficult books) improves your attentional control in other domains, too (e.g., driving). So don’t just rely on a coffee the next time you need to boost your focus. Try putting yourself in the right setting and practice paying attention by reading this blog 😉

Psychophilosophy to Ponder: If you could have infinite focus on your tasks, what skills or creations would you have completed by now? What are some of your biggest distractions (usually worries) and how can you work to alleviate them?–or at least be less preoccupied by them?