What is the Placebo Effect?

Everyday Psych » What is the Placebo Effect?
by Jake

Life is so constructed, that the event does not, cannot, will not, match the expectation. — Charlotte Bronte

My dad has tried some unusual remedies to resolve his ailments (e.g., magnetic bracelets supposed to realign your chi but actually destroy your laptop’s hard drive); however, one of his voodoo concoctions I was actually persuaded to try were zinc supplements.

Initially, I had ridiculed his Dr. Quack advice, but when I got sick, I figured: It couldn’t hurt, right? And three years later, those tiny pills I get from CVS have prevented any illness greater than a mild sore throat.

Or is it all just placebo? 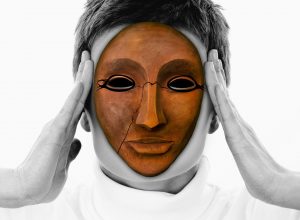 The placebo effect is a well-studied and robust phenomenon whereby simply receiving a substance or undergoing a procedure (when neither has any medical value) produces genuine, positive psychological or physiological effects.

For example, studies have looked at patients taking pain pills or a placebo (i.e., sugar pills) and about 35% of those taking the fake medicine report reduced discomfort to the same extent as those taking the real medicine.

Broadly speaking, placebos work through expectations. For example, researchers gave post-surgery patients a small dose of diazepam (a medically tested anxiety reducer). However, for half of the patients, this medication was given openly (i.e., a doctor visibly gave it to them and explained its intended effects), while the other half were given it secretly (i.e., the drug was administered covertly through their IV).

Now, for those who knew they were receiving the medicine, their anxiety reduced by about 25%. But for those given the exact same medicine in secret showed absolutely no change.

This study and others show two important findings: 1) even for real medications, expecting its effects greatly increases its effectiveness, and 2) in order for placebos to work, you must expect that it will have some effect.

So what happens if you know a placebo is a placebo?

In another study, researchers brought in 80 patients suffering from irritable bowel syndrome and gave them some general information about the placebo effect: (a) the placebo effect is powerful, (b) the body can automatically respond to taking placebo pills, (c) a positive attitude can help but isn’t necessary, and (d) actually taking the placebo is critical.

After this explanation, half of the participants received a bottle of clearly labeled placebo pills (i.e., a doctor told them they were inert sugar pills), while the other participants were given nothing. Incredibly, those who took the sugar pills reported significantly reduced symptom severity, increased relief, and a greater quality of life!

Now, researchers really aren’t sure why the placebo effect happens, but the leading explanation is called response expectancy theory.

In essence, your brain is confident enough that this expectation will come true that your body starts acting like it’s already happened. 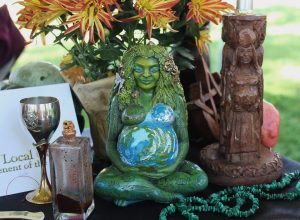 With medicine, all throughout our lives, we have been conditioned to associate “taking medicine” with “feeling better”—not only from our own experience but from others’ accounts as well. So automatically, when we take that drug (even if it has no real value), our mental expectation cues our body to activate the areas in our brain and central nervous system that actually do make us feel better.

In fact, some researchers contend that if you look at the history of prescientific medicine, it is really a history of the placebo effect. And when it comes to my dad, the same thing may be true. But if taking zinc has kept me from sickness for multiple years, I don’t care how it works.

Stuffy noses are the worst.

Psychophilosophy to Ponder: Research shows that people respond much more positively to name-brand pain pills compared to generic ones–even when people are informed of this bias! Turning to your own life, what are some areas where your expectations for a particular outcome influence your actual experience of it?