I get more spam than anyone I know. — Bill Gates

Have you been receiving more spam phone calls lately? Do you hate them? Do you still occasionally get tricked into answering them?

With the expansion of the Internet came the expansion of scammers. Surely you’ve received at least one email from a Nigerian Prince or another for a cargo ship of Viagra. By now, many of us are familiar with these scams, and we have email services that do a pretty good job of filtering them from our inbox.

But if you ever put on your hazmat suit and submerge yourself into your spam folder, you’ll likely see some basic psychological tricks at work.

First, these spam emails typically try to elicit high arousal emotions by targeting highly arousing topics: free money, better sex, the concern for others. One of the reasons they do this is because arousal can interfere with our critical thinking.

First, the researchers found that participants with high arousal (compared to those with moderate arousal) were more persuaded by weak arguments (e.g., “This pen is guaranteed to write most of the time”). Second, these high arousal participants were also more persuaded by seeing a celebrity endorser—even though the celebrity had no relevance to the quality of the pen! 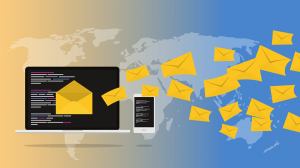 When we experience high arousal (e.g., the excitement at the thought of free money, the flush of sexual activation), it prevents our minds from thinking deeply about the topic, making us more likely to be convinced by things we shouldn’t.

Nowadays, we’re pretty hip to these tricks, though. So although those emotions may still flare a little when you see “Microsoft has selected you to win a $1,000 gift card,” we know better. But if we’re already suspicious, why do these spammers often use such terrible grammar and clearly made-up messages?

That’s because they don’t want even the most mildly suspicious person to follow up on their emails. By making the messages as clearly incompetent as possible, it ensures that those who actually follow up on them are likely to be gullible and fall prey to the scam.

In 2003, the US passed a Do Not Call Registry, where those who signed up would be legally protected from cold call telemarketers. But, with the advent of cell phones and the growth of the Internet, companies no longer needed real people to make these phone calls.

But just like email spam, once people realized that “private,” “unknown,” or random numbers calling your phone was spam, they stopped answering. So, these companies decided to employ a little psychology.

If you have been receiving more spam calls lately, you’ve likely noticed something familiar: they often have the same area code and first three digits as your own phone number. This is what’s known as “neighbor spoofing.” 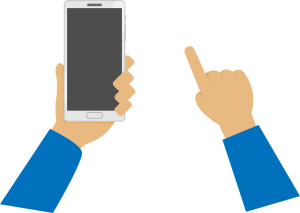 Operating off the psychological principle of similarity, these spammers hope that by seeing your own number reflected in this unknown one, this random caller will feel more similar to you, creating just enough positive regard to answer the phone.

For example, researchers introduced participants to other “participants” (i.e., a researcher posing as a participant) and then revealed that the two coincidentally shared the same birthday. And when the real participant learned this, it automatically made them like this stranger more. The same idea is going on with these spam calls.

Psychophilosophy to Ponder: Although it’s difficult to stop spammers these days because many of the calls are (a) generated by machines, and (b) come from overseas, there are a few tricks below taken from malwarebytes to help reduce the number of spam calls your phone gets: