Great stories happen to those who can tell them. – Ira Glass

Everybody loves a good story. And as an extension of that, people tend to love a good storyteller.

Sometimes I wonder why my mom married my dad. Sure, he would eventually help produce some amazing offspring, but she couldn’t have known that then. However, one gifted trait she always asserted is his ability to tell stories.

And if you don’t believe her, just give him a few glasses of scotch and you’ll have a personal Netflix of anecdotes and life events. 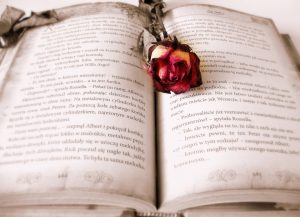 However, it’s not just my father who provides evidence for this idea of good story telling and attractiveness; the science  supports it, too.

Just this year, two researchers investigated the effect of good storytelling on romantic attraction, and to begin their investigation, they brought in 150 participants and presented them with a description of three possible romantic interests: a good, moderate, and poor storyteller.

In this first study, all participants received the same picture and general characterization of the target (e.g., s/he’s friendly, nice, etc.); however, the depiction of his/her storytelling abilities varied across conditions. And after participants learned about this potential mate, the researchers asked them how attracted they were to him/her in a variety of aspects.

For the men, there were no differences between the women’s storytelling abilities and their various ratings of attraction . However, for women participants, the men who were described as good storytellers were rated as significantly more attractive long-term dating partners.

In follow-up studies, participants actually heard good or bad stories from potential mates, and the same effect emerged: women who heard a man tell a good (vs. bad) story found those men to be more attractive long-term mates.

When the researchers examined why this effect occurred, they found some evidence that good storytellers are perceived to have higher status (e.g., they are more admired, perceived as better leaders, and are anticipated to earn more than an average income). And it is this facet of being a good storyteller that makes men more attractive long-term romantic partners. 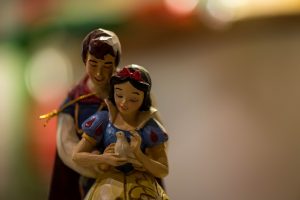 Interestingly, there was never any evidence of men being more attracted to good storytelling women; however, this is likely the result of gender stereotypes in this particular experimental design. For if you really consider it, who doesn’t like to be around someone who can entertain you?

Of course, with this research (and all research more broadly) there are contexts and conditions where these effects will change. For example, even though this study didn’t find evidence that good storytellers are perceived as more physically attractive, you can imagine that in an actual life occurrence, where the person has a group captivated with his/her story, it will subconsciously influence perceptions of physical attractiveness.

I mean, how else would a woman as beautiful as my mother settle for a man with a nose like my father?*

*I can only make this joke about his nose because I share one of similar proportions.