The History of Intelligence

Everyday Psych » The History of Intelligence
by Jake

Have you ever wondered what is intelligence? When we call someone intelligent, what do we mean? Are you intelligent? Am I? Would you even want to be?

But if intelligence can lead to both your rise and your demise it begs the question: what the hell is this stuff? 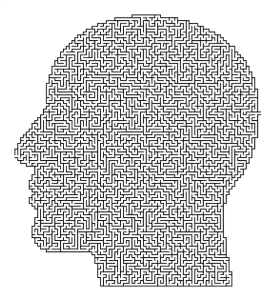 Surely, you’ve used the word to describe someone before, but what did you mean by it? That they knew a lot of stuff? They were able to “figure things out?”

Although it may surprise you, the whole idea of “intelligence” is actually kind of new. In fact, up into the 1920s, the majority of psychology textbooks didn’t even mention the concept of “intelligence.”

But even if we didn’t have a particular term for it, intelligence (whatever it is) still existed, right?

2300 years ago, the famous Greek philosopher, Aristotle  made our first reference to something close to the idea of intelligence, but he called it “reason.”

Reason, according to Aristotle, was about humans’ ability to reign in their passions, i.e., our ability to resist the urge of our instincts. This was what separated us from the animals: humans had reason, beasts did not.

Now, come the 1600s, thinkers still described reason as this “all or none” ability, but 200 years later with Charles Darwin behind the pen, we get the notion that there may be degrees to this “reason”–which he now calls “mental powers.” 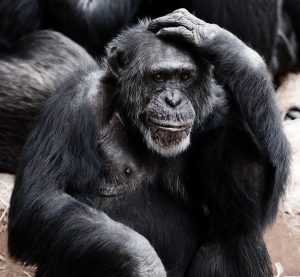 To Darwin, reason could be broken down into gradations, where some people have more and some have less. The idea was based on Darwin’s observations of evolution, and how “mental powers” were greater in more evolved species.

When the word intelligence is finally introduced by the physiologist, George Romanes, it remains heavily influenced by its evolutionary origins. Intelligence, now, means “adaptability.” Or in other words, the better a person is able to adapt (i.e. succeed) in their environment, the more “intelligent” they were.

With the turn of the 19th century and the introduction of the Industrial Age, this idea of intelligence as adaptability became more specific. Now, with the standardization of factory work and the specialization of occupations, it was much easier to quantify “adaptability.” Because people were doing very similar jobs, it was easy to compare those who succeeded versus those who didn’t.

And at this point, Francis Galton narrows the definition of intelligence even further: people’s ability to gain reputation and success in a professional endeavor, particularly, scholarly ones.

In 1903, Alfred Binet published his methods for an “intelligence test,” and its application to schools became quickly apparent–so much so, that classrooms themselves were altered and standardized to foster a better testing environment for determining students’ intelligence (e.g., that’s why certain class content is mandatory; there are set lengths of times for each class).

A few years after intelligence testing burst onto the scene, World War I broke out, and America, who had a relatively small army at the time, began to mass enlist people into the military. However, this proved a terrible mess for military officials because they had no way to categorize new recruits’ aptitude for different jobs. 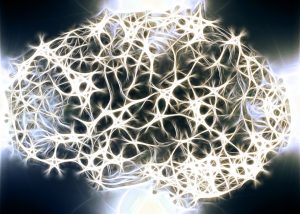 And so this “intelligence test” suddenly became appealing to them…

But before then, intelligence tests consisted of intensive, one-on-one interviews with a psychological professional, so applying this test to millions of recruits simply wasn’t feasible.

To resolve this, researchers created a standardized, multiple choice test that could spit out a number that told you a person’s “intelligence.”

Hence, the IQ was born.

Since then, our society often tends to equate intelligence with IQ, but still, this only gets us back to the quote that opened this post.

So what is intelligence? In truth, there is no such thing.

“Intelligence” as this singular representation of a person’s “ability to know” is simply a concept that encompasses a lot of different capacities. That’s why we have divisions like “emotional intelligence” or one’s “IQ” or “book vs. street smarts.” For as one researcher writes: “Intelligence is a word so vague that it essentially captures all the phenomena that psychology concerns itself with” (Danzinger, 1997; p. 77).

Psychophilosophy to Ponder: If you were asked to define intelligence, how would you try to sum it up? A person’s mathematical ability? Their language comprehension skills? Some researchers suggest that at the root of intelligence lies a person’s ability at “pattern recognition” or “abstract analogy perception.” What do you think they mean by this?