The Pros and Cons of Riots

Everyday Psych » The Pros and Cons of Riots
by Jake 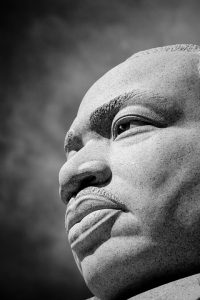 In 1966, a Gallup Poll revealed that almost two-thirds of Americans had a negative opinion of Dr. Martin Luther King Jr. And in 1968 – the year he was assassinated – that number had jumped to 75%.

Today, of course, those views have starkly reversed. Both individuals and organizations commonly praise him for his non-aggressive approach to protest and cite it for the movement’s success.

Back in 1966, when White Americans were asked what they thought of MLK’s civil demonstrations (e.g., sitting in White-only sections; his marches through cities), 85% of people thought it would ‘hurt’ (vs. ‘help’) the advancement of African Americans’ civil rights.

IS RIOTING WORTH IT?

To many, the current protests and riots against police brutality toward minorities are perceived as counterproductive to attaining public support. And according to research, that is correct. 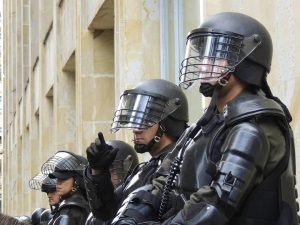 As one example, the researchers had participants read a news report about a Black Lives Matter protest that either (1) made aggressive chants against the police (extreme protest), or (2) made chants against racism (moderate protest). Afterward, participants reported that the extreme (vs. moderate) protest was more immoral, which reduced participants’ identification with and support for the movement.

In other words, more extreme protests can indeed hurt the public’s opinion of the movement.

But that’s not quite the full story.

Further in the article, the researchers find that extreme (vs. moderate) protests primarily hurt the public opinion of those who already oppose the movement itself.

PERCEPTIONS OF THE MOVEMENT 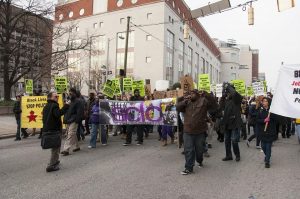 Whether you are a liberal or a conservative, you are more likely to support actions that align with your political attitudes.

Indeed, other research highlights how a person’s identification with a movement can impact their perceptions about the protest’s ultimate goals.

That is, when people do not identify with a movement, they see moderate protests as “promoting social equality.” However, when protests become extreme, these same people now view the protest as trying to “attack their oppressor.” In other words, how you identify with the movement itself shifts how you view both the overall appropriateness of a protest as well as the motivations behind the protest.

So, do you believe Black Americans experience a disproportionate amount of police brutality? And if so, how negative are you toward such instances of violence? Your answers to these questions likely influence your opinions on the protests and riots today.

For many White Americans, they perceive that the treatment of Black Americans (be it by the police or otherwise) is better than Black Americans claim it to be. Of course, unless you or a close loved one is Black, you will witness fewer racist encounters, leading you to think things are not that bad.

But facts and statistics indicate otherwise. Black Americans – be it in job applications, insurance claims, interactions with the police, etc. – experience persistent discrimination even to this day. However, if you do not believe Blacks are treated meaningfully worse than Whites, you will likely interpret the movement as a whole differently.

That is, you might interpret “Black Lives Matter” to entail “Other Lives Matter Less.” However, the movement itself simply wants to convey that Black lives matter, too.

For example, if you said protecting the rainforest matters, it doesn’t mean you think “other forests matter less.” You’re simply acknowledging that rainforests have been suffering more than other types of forests, and so we need to give them special attention right now.

Thus, with police brutality, these protests are asserting that police brutality is ALWAYS bad no matter your race, but it is happening at a disproportionate rate to Black Americans.

Again, though, if you don’t believe the facts and statistics supporting the inequal treatment of Black Americans by the police (i.e., you believe Blacks and Whites are treated fairly equally), you would be inclined to believe that the Black Lives Matter movement itself is inappropriate.

And as we saw above, how you identify with the movement in turn influences how you view the protests.

ARE THE RIOTS JUSTIFIED?

Although many don’t realize it, Martin Luther King Jr. once said: “A riot is a language of the unheard.” 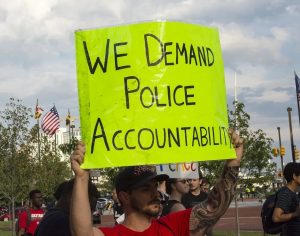 Over the past years, to peacefully protest police brutality against minorities, Colin Kaepernick knelt during the national anthem, Black Lives Matter organized peaceful marches, Black Americans voted for politicians who were supposed to improve the situation. And what happened in response to these “moderate” forms of protest? Those involved faced outrage, hate, death threats, and more.

And the issues with police brutality? Well, those didn’t change a whole lot, either.

Do you think people could really get this angry and motivated if justice was in fact being upheld? In a shortlist of 10 high profile incidents where Black men and women were wrongfully killed – Breonna Taylor, Philando Castile, Alton Sterling, Stephon Clark, Freddie Gray, Eric Garner, Sandra Bland, Tamir Rice, Rekia Boyd, Trayvon Martin – do you know how many of those culpable for their deaths were held accountable?

So, while I do not condone violence or looting, I can understand the extremity of the protests today – and why they could feel necessary for real change.

Extreme protests not only get more media attention (which spreads greater awareness), but they also apply pressure to the people who can actually change things. Even with a majority of public support, real policy change only happens when the people with power (i.e., big corporations, high-level politicians) actually push for it.

Now, obviously no one wants such change to have to come down to a riot — nor am I asserting that this is the way to achieve change — but I do hope that after reading this post, people take some time to really consider the positions and motivations of these protests and riots. For in the end, we should all want to do whatever we can do to attain a society with the greatest safety and equality for all.

Psych•o•philosophy to Ponder: In instances of police brutality (e.g., the murder of George Floyd) people often claim that it is a one-off incident. For example, the police officer who committed the murder (and the other three officers who served as complicit accessories to murder) were just “bad apples.” But if you look at the complaint sheet against the officer who murdered George Floyd, you would find that there had been 18 complaints previously filed against him – only two for which he had received “oral discipline.” In fact, had there not been such public outcry, there probably would have been no consequences for him according to the initial, “official report.” That is, the officers initially tried to claim that George Floyd “resisted arrest” (which camera evidence disproves) and that he died “from complications at the hospital” (which onsite EMTs and an autopsy disproves). Thus, even if you want to contend that this police officer and his accomplices were just a convenient bushel of bad apples, clearly there need to be systematic changes to policing that prevent such abuses of power that further move to hold these men and women accountable for their actions.