Halloween just may be my favorite holiday of the year. Well, after Christmas. And Thanksgiving. And the two weeks leading up to my birthday. And all holidays that cancel school. But still: Halloween is awesome.

I mean, how often does society allow us to dress as Zorro? Or Vito Corleone? Or “My name is Inigo Montoya. You killed my father. Prepare to die.” Of course, all of this hinges on your mother’s handmade costume getting to you on time (if which it doesn’t, you just go as “Halloween themed”), but nonetheless, Halloween is a blast.

However, underlying the children jacked on sugar, the adults trying to choose costumes that balance sex appeal with tastefulness, runs some fascinating social psychological principles. That is, under the mask of Halloween, there’s some insidious psychology behind those masks on Halloween… 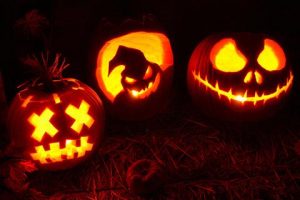 Two classic studies have examined this and found: the anonymity of Halloween will make you more likely to engage in antisocial behavior.

For example, researchers in 1976 set up an experiment across 27 different homes on Halloween. At each residence, a researcher would greet the trick-or-treaters, tell them they could take one piece of candy from the bowl, and then disappear inside, saying she had to work.

The kids, then, were left to make the decision: only take one piece as requested or clench with their grubby paws till they could hold no more.

While the first researcher went back inside, another researcher secretly watched the children, noting whether they were in a group, whether they wore masks, and how much candy each child took.

Now, if a child was alone and not wearing a mask, he or she only took more than the single piece of candy 7.5% of the time. However, for kids who were both in a group and had their faces covered, they took extra candy nearly 60% of the time—those greedy little snots.

What happens is that these kids—masked and in groups—become “deindividuated.” That is, they are now less attuned to their own self-awareness; they are less cognizant of their actions and the consequences that follow from them. In this regard, when hidden by anonymity, the children’s inhibitions are lowered, permitting the transgression.

A couple years later, another team of researchers conducted a similar study. This time, all the children in the study were wearing masks; however, the researchers either did or didn’t ask them for their name and address (individuating information), and then let them take candy from a bowl that was either in front of a mirror (to increase self-awareness) or without one.

Here, the researchers found that when kids were asked their name and address and took the candy in front of mirror, the researchers were able to reduce the anonymity bestowed by groups and masks: only 9% took extra candy this time. 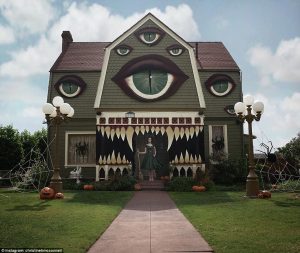 All of this highlights how important self-awareness is in making decisions. For example, mascots are often so wacky because they have the anonymity of their costume. Or warriors back in the day who painted their faces were more fearsome in battle.

So this Halloween, if you’re trying to make choices you normally wouldn’t, try wearing a mask. Or just drink a lot of pumpkin beer.