[Everyday] Psychophilosophy » Yes, This Is a True Story 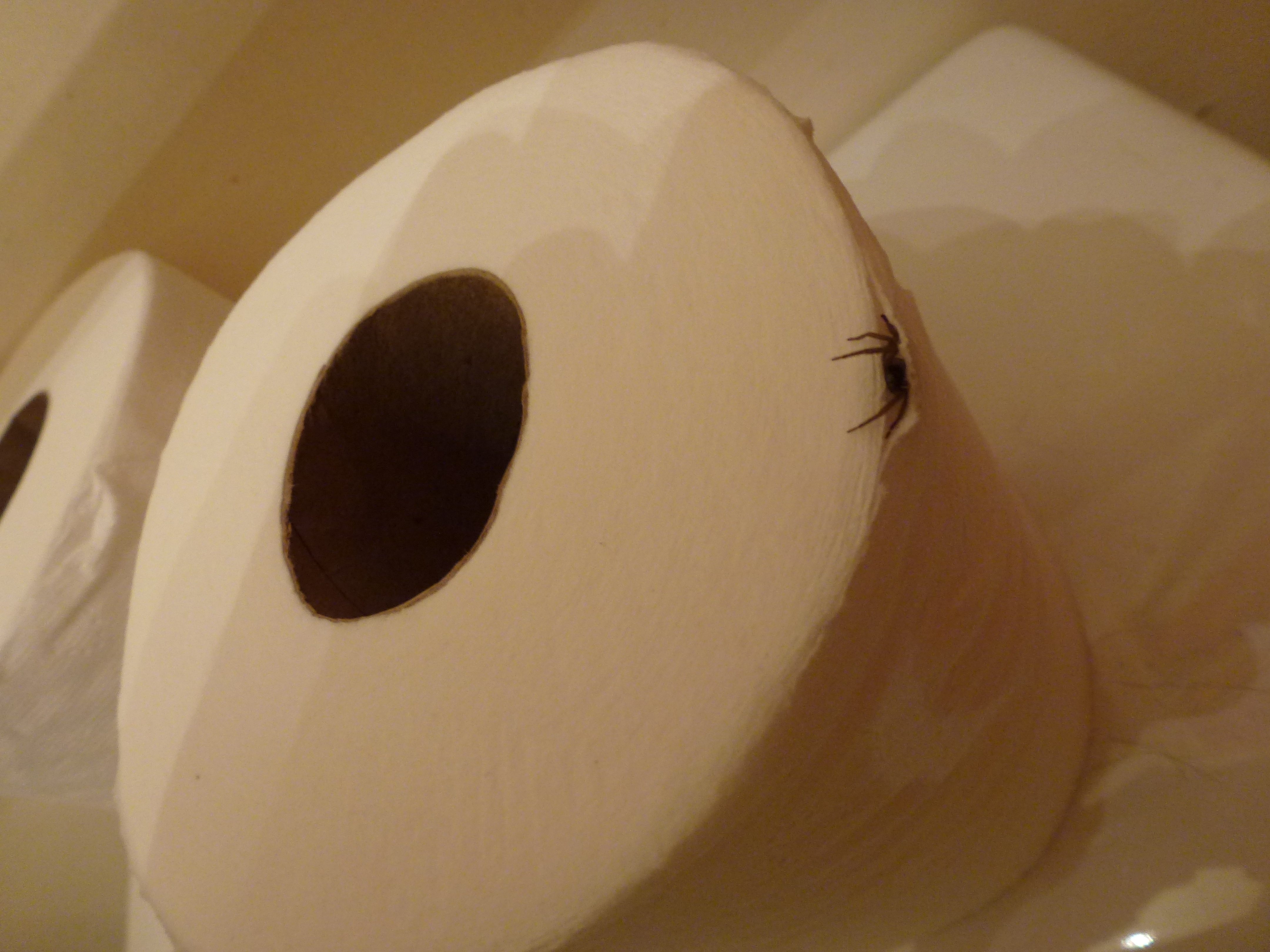 I saw a spider in my bathtub, so I got a piece of tissue and very carefully burned down the house. – Anonymous

If you look at the picture, I’m not sure who would’ve had the worse experience.

Though I can tell you right now, no matter where you’re reading this post, you would have heard me screaming.

Spiders get a bad rap. Because they’re small, have eight legs, and still don’t have a Pixar movie made about them, people are terrified of them.

Although the majority of their bites cause little more than an itchy pimple, most people would rather commit treason against their country than share a room with a spider in it.

However, without spiders, we humans literally wouldn’t exist. It is spiders, in fact, that kill off the flies, mosquitoes, and buzzing insects that would otherwise overpopulate the earth, spreading disease and decay and ruining picnics everywhere.

But every time I share this fact with my sister, she assumes I’m just volunteering to kill the spider in the bathroom.

However, I couldn’t even tell you the last time I killed a spider. Always approaching them with cup and paper, I respect our miniature guardians and rerelease them into the wild.

Laying on my bed in the basement, I felt a little tickle on my shin. Attributing the sensation to an unauthorized movement of my brambly leg hair, I dismissed the thought that a creepy-crawly could be creepily crawling across me.

When it happened again, however, I yanked back the sheet to find an arachnid of the species holy-$#!&-there’s-a-spider-on-my-leg traversing my shin. Quickly, I flung him away, but unable to pinpoint his landing, I had to fall asleep knowing…

…he’s still out there…[said in a spooky, whispery voice—go ahead, reread that line with the proper emphasis now]

But because I’m an undaunted male, or more accurately, because it seemed like too much work to locate him, I passed out with him in the vicinity.

A couple hours later, however, I was woken once more by a scratching sensation…

Scrabbling deeper and deeper into my ear canal, his fast legs picking and digging, was the spider. Needless to say, I figured my best tactic for extracting the creature was to spread urine across my boxers and hoarsely scream monosyllabic nonsense.

With my pointer finger, I scooped the bugger out, but in the process, broke off two of his legs in my ear. (And let me tell you, nothing promotes a good night sleep like picking spider legs out of your ear at two in the morning.)

However, not even then, in my fit of psychotic fear, did I kill the spider.

Though I did spend the rest of the night upstairs on an island of pillows and blankets with a flashlight and a cup. At the age of nineteen.

P.S. Want to hear another of my spider encounters?