For the final part in this series for Black History month, I want to discuss one of the best ways you can honor Black Americans: by confronting racism whenever you see it.

Research shows that Black men and women report experiencing about an average of one racist incident per week. Indeed, another study showed that about half of all Black college students report hearing prejudicial comments “often” or “frequently.”

In fact, another study published in 2013 found that White participants heard other college students, on average, make about eight racist comments per week, the majority of that racism directed at Black people.

Some of these remarks were explicitly hostile like, “Black people are dumb and creepy.” Other remarks were made through jokes or were directed at the President, Barack Obama, and the wrongness of a “Black man” in the White House.

So even if you don’t personally witness the racism, know that even in areas as liberal as universities, it is still a very real issue.

The only way to combat racism, though, is to confront it. But sadly, research shows that when White people hear their family members, friends, or acquaintances make racist comments, they only address the remark about one third of the time…

But what happens when they actually do?

In one study, participants came into the lab to cooperate on a task (through the computer) with another participant—who, in reality, was a member of the experimental team; i.e., a confederate.

Importantly, there were three key sentence-picture parings that allowed participants to respond with prejudicial conclusions. For example, in one case they saw a picture of a Black woman along with a sentence which read, “This person depends on the government for money.”

In this case, one could rely on their stereotypes to respond, and say something like “she’s on welfare” rather than an equally valid remark like “she’s a federal employee.” A conclusion participants may have been more likely to draw if the person in the picture were White.

Indeed, across 121 participants in this study, 100% of them answered one of the three ambiguous sentences with a stereotype, while nearly 85% answered two as such. And although it’s disappointing that people so reliably drew stereotypes about Black people, it allowed the researchers to call out the participant for being “racist.”

By the way, for some of the last pictures of Black people, you said things like bum, person on welfare, and criminal. i know these 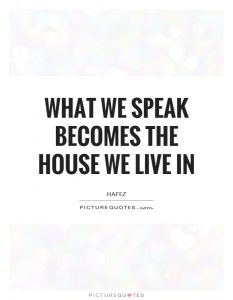 things make sense based on the descriptions we were given but maybe it would be good to think about Blacks in other ways that are a little more fair? it just seems that a lot of times Blacks don’t get equal treatment in our society. you know what i mean?

The researchers varied the intensity of the message as well as who it came from (a Black student or a White student), but across the board, they found something hopeful.

First, although the confrontation did elicit negative feelings in the participant (some of which was directed at the confronter), 50% of all responses were ones of acceptance, admitting that they had behaved in bias and apologizing for it. In fact, across three different studies, less than 1% actually responded with hostility.

More importantly, though, the participants actually responded less stereotypically later in the experiment, as well, they exhibited reduced levels of prejudice as a result of the confrontation.

So, if you yourself ever hear another person say something derogatory, don’t tolerate it. Even if it’s just casual or offhanded, say something. And always address the fact that racist jokes are still racist. For if you truly believe people should be equal, you should behave consistently and call out inequality wherever you see it.

Psychophilosophy to Ponder: When confronting racism, try to target the behavior rather than the person. That is, people have strong, emotional reactions to being called a “racist,” in which case, learning from their offenses is less likely to happen under those circumstances. Instead, by targeting their behavior with the confrontation, the person will be more open to understanding the wrongness of their act and how they can refrain from such in the future. Nonetheless, you should always call out prejudice when you see it.

Dickter, C. L., & Newton, V. A. (2013). To confront or not to confront: Non‐targets’ evaluations of and responses to racist comments. Journal of Applied Social Psychology, 43(S2).