In order to succeed, we must first believe that we can.  — Nikos Kazantzakis

Last week, we discussed the powerful, psychological phenomenon of fixed and growth mindsets of personal attributes. To briefly recap, let’s use extraversion as an example. If you have a fixed mindset toward this attribute, you believe that you are as extraverted as you will ever be; however, if you have a growth mindset, you believe your level of extraversion is malleable, e.g., you could develop yourself to become more extraverted.

But you may be thinking, “Okay, I can believe intelligence is malleable. But there are definitely some traits of mine that are automatic and unchangeable. What about those, tough guy?” 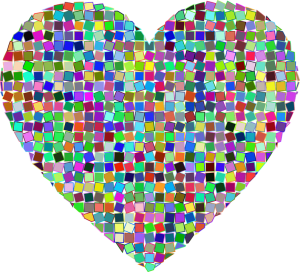 Well, inner dialogue, let’s put your question to the test: let’s come up with a trait that most people think you’re either high or low in and that’s that.

Empathy is defined as vicariously feeling or experiencing another’s emotions, thoughts, or attitudes. And since the 1700’s, philosophers have contended that empathy is something automatic—either you’re empathetic or you’re not. However, as the research shows, that really depends on your mindset.

In one study, researchers had participants read a “credible Psychology Today article” (really, it was written by the researchers) that showed how empathy was either fixed (“like plaster and pretty stable over time”) or growth-able (“changeable and could be developed”).

Participants then listened to an audio recording of a college student—who was very different from them—talking about an emotional personal experience. For this 10-minute recording, however, participants were given the ability to fast forward if they wanted, where presumably, those with greater empathy would be less prone to skipping ahead.

As it turned out, the students who were taught empathy was malleable spent 20% longer listening to the recording than those who believed empathy was fixed. And in another study, those who were taught the growth (vs. fixed) mindset of empathy were twice as likely to volunteer to offer social support for a cancer group—a very empathetically demanding task!

So how can you possess more of a growth-oriented mindset toward a trait you believe is fixed? As always, let’s turn to the data:

Now, I should take a moment to stress that simply having a growth mindset isn’t suddenly going to make you an all-star at that attribute; however, it will provide you with the opportunity to develop that skill—for at least now you believe it can improve!

Psychophilosophy to Ponder: Although we’ve spent a lot of time talking about the benefits of growth-mindsets, can you think of some attributes where it’d be better to have a fixed-mindset? If so, what kind of mindset do you have toward those traits?